Biometric card readers initially fail to register Goodluck Jonathan as voters go to the polls in a close-run contest that has fuelled fears of violence. 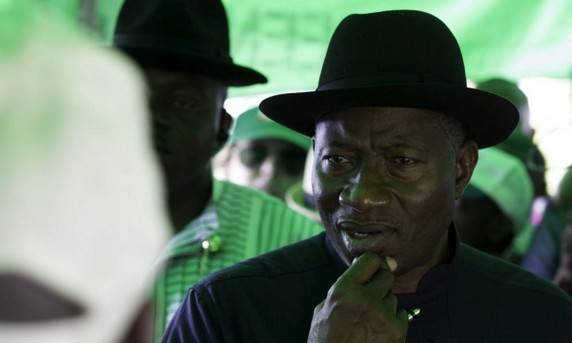 Nigeria’s president, Goodluck Jonathan, waits to be accredited as a voter in his home village of Otuoke. Photograph: Afolabi Sotunde/Reuters

Nigeria’s eagerly awaited election got off to an embarrassing start on Saturday when the country’s president, Goodluck Jonathan, was denied registration and officials had to scramble to find a way for him to vote.

National television showed Jonathan in his trademark black fedora, standing patiently in a tented polling booth for 20 minutes in his home village of Otuoke in Bayelsa state. At least three card readers failed to accredit either his ID or that of his wife, “Patience Jonathan”.

The couple were eventually granted accreditation, but it was not the only technical hitch as millions of voters went to polls across Africa’s biggest democracy. In the most closely fought election in the country’s history, Jonathan’s “Peoples Democratic party” (PDP) appears to be running neck-and-neck with “Muhammadu Buhari”’s “All Progressives Congress” (APC).

Many people formed queues to vote from the early hours and some even slept outside polling stations overnight. Registration began at 8am, with voting set to start at 1.30pm, but there were reports of electoral officials arriving late and handheld technology – being used for the first time to read biometric permanent voter cards (PVCs) – malfunctioning.

Accreditation was painfully slow in Otuoke. Jonathan joked: Maybe it’s me? If I can endure, you see my sweat? I plead with all Nigerians to be patient, no matter the pains we take.

It’s the first time we are using this technology, PVCs, card readers, he said, adding that he was not worried, despite reports of difficulties in other states across the country.

Buhari, the first opposition candidate with a realistic chance of defeating a sitting Nigerian president, was granted accreditation in Daura town. He told journalists: I like the integrity of the system … If people are allowed to vote then rigging will be virtually impossible under the system.

The election was originally due to take place on 14 February but was postponed, ostensibly for security reasons. Since then Nigerian military and regional allies have made significant gains against the Islamist militant group Boko Haram in the country’s north-east. There are also fears of post-election violence, though leading candidates signed a peace pledge. Some 800 people were killed in rioting after Buhari lost to Jonathan in 2011.

An explosion struck a polling station at a primary school in the eastern city of Awka but claimed no casualties. Uche Eze, a police spokesman for Anambra state, told Reuters: No lives were lost and none injured. The police bomb squad has moved in.

By 10am in the upmarket district of Maitama, in the capital, Abuja, market-seller Maimuna Mohammed had unrolled her woven mat and was sharing a meal of rice and stew with two other voters. We camped overnight here because we’re from Nyanya [a suburb a dozen kilometres away], she said.

Cars have been banned across the country until 5pm, and checkpoints have sprung up across the capital. I’m willing to wait all day here if I have to, and even until tomorrow to vote, Mohammed said, gesturing at the sweating crowd trying to push their way into the school being used as a polling station.

Inside, Elson Muluzi, Malawi’s former president and head of the Commonwealth observation mission, watched as electoral officials barked impatient instructions at each other as they scrambled to open more than an hour late. This is a defining moment for Nigeria. It’s crucial for the continent. We’ve given a lot of support and training so let’s see what happens, he said.

At another polling station, a crowd massed outside in a street filled with the roar of generators and chickens pecking the ground. I’m feeling very good, elated in fact. This is what we’ve been waiting for, to vote in change. We need security and we need electricity, said Aliyu Baba, 31, a public servant who said he would be casting his ballot for Buhari for the second time running. He can run ten times and I’ll still vote for him each time because he is the one who can bring security back to Nigeria.

Elsewhere others said they were turned away from trying to reach their polling stations. In Lugbe, a densely-populated suburb, soldiers erected checkpoints and refused to let anyone leave. The wahala [trouble] is just too much. I’ve been waiting here since 5am and they won’t let us pass. They said they don’t care if we have our voters’ cards, they don’t want to see anybody who is not wearing uniform around here, said Wale Akingbola, a taxi driver, who said the soldiers had used whips at one point to drive back the crowd.

A court earlier this week ruled that the military could not be deployed during the election.

The Muslim-majority north is generally seen as a stronghold of Buhari and the APC, while Jonathan and the PDP are viewed as having larger support in the mainly Christian south.

Bola Tinubu, APC’s national leader, said the party’s polling research over the past 13 months showed it was on course for victory. We believe in ourselves, he said. We know where we are weak, we know where we are strong. We are ahead. If it goes free and fair and we don’t win this election by more than 10%, I’ll be shocked.

The former governor of Lagos accused the military of intimidating voters and making their presence felt at his home. He also claimed that state security operatives hacked into the APC database, gaining access to the party’s membership list. In a civilised country that’s a big scandal, worse than what brought down the Nixon government, but here it was explained away in a blatant lie, he said.

Tinubu, a former accountant who turns 63 on Sunday, acknowledged recent military gains against Boko Haram with the help of Nigeria’s neighbours, but added: They’ve made progress, they claim progress. I ask myself the question, which book was the president reading these last six years? … The responsibility for Boko Haram has rested squarely on his desk. It’s uncaring, it’s insensitive, it’s a complete failure of leadership.

He played down fears that Buhari, who ruled Nigeria for 20 months as a military dictator in the mid-1980s, would revert to type. I think leaders must take responsibility, not like Jonathan today, who says he has never done anything wrong. He will give you excuses for why, blame it on somebody else.

Buhari has taken responsibility for that and apologised that he did that as a military dictator. He has now demonstrated that he is a converted born again democrat. Why? He has contested the presidential election three times and lost, and ended up in court. So that is the demonstration of commitment to the rule of law. What else?

Lagos is an opposition stronghold and barely a lamppost or wall has escaped thousands upon thousands of banners, posters and placards. Chief Fatai Abiodun Olumegbon, one of Lagos’s wealthiest landowners and an APC donor, said: Lagos is APC. It’s like the people of Britain swear allegiance to the Queen. Buhari wasn’t a dictator. There was a lot of indiscipline and he said, when you go to the bank or the post office, you need to queue. It was discipline but Nigerians saw it as something else.

Olumegbon, who calls himself a duke whose dynasty has passed down land for six centuries, warned: Which ever party wins, there will be turbulence. This is more than a party election. This has become a regionalised election.

The view was echoed by Damian Ugwu, a human rights researcher. I’m really concerned about the prospects of the election degenerating into violence, he said. The signs are all there, the hate speech, the inciteful statements to supporters, a lot of arms in circulation. I’ve not seen a committed effort by the parties to encourage. They have made some statements but the body language doesn’t point to it. Everything is pointing towards violence.

Entrepreneur Basirac Fadairo, 46, wearing a Women 4 Buhari badge, said: If Goodluck Jonathan wins or they rig the election, it will lead to violence. If it is free and fair and credible, there will be no problem.

Tony Elumelu, the billionaire chairman of the investment company Heirs Holdings and creator of the Tony Elumelu Foundation entrepreneurship programme, played down the fears. I know in the country there’s always frenzy and fears leading to elections, but after a couple of days it’s back to normal. I don’t see why this one will be any different.

Religious leaders have pleaded for calm, but some are praying for divine intervention. Bishop Theophilus Ajose, the chairman of the Christian Association of Nigeria, said: Although all things point to violence whichever way it goes, we are turning to the Lord. The propaganda from both sides is heating up and inciting the followers, which we believe are irresponsible actions. We are praying to God to intervene. 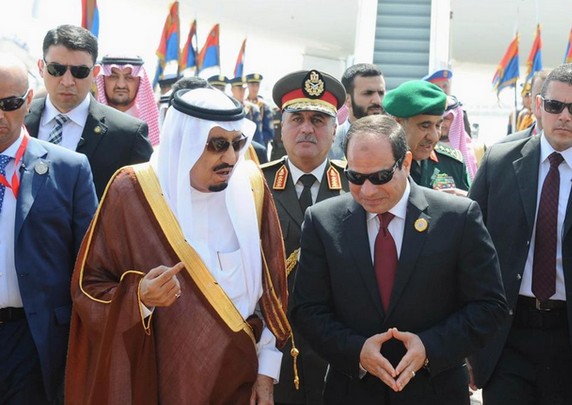