(Reuters) – President Barack Obama reveled in the support of Latino leaders on Friday and took a swipe at his election rival Mitt Romney for giving mixed messages on how to handle illegal immigration. 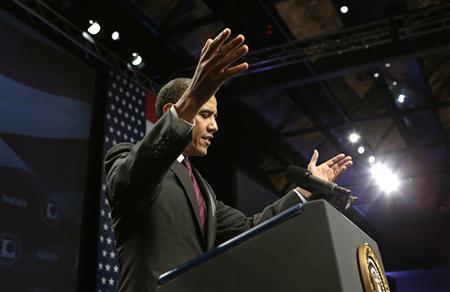 In an emotive speech to Hispanic public officials meeting in Florida, Obama reminded the friendly audience that Romney had promised to veto the DREAM Act, which would help the children of illegal immigrants win citizenship.

Obama told the National Association of Latino Elected and Appointed Officials conference that he chose last week to halt the possible deportations of 800,000 young illegal immigrants because Congress was stalling on the issue.

“Your speaker from yesterday has a different view. In a speech he said that when he makes a promise to you, he’ll keep it. Well he has promised to veto the DREAM Act, and we should take him at his word,” the Democratic president said.

A poll released on Friday by Latino Decisions and America’s Voice found Obama had a commanding lead over Romney among Hispanics in election battleground states including Florida, Colorado and Virginia.

In the five states combined, Obama leads Romney among Hispanics by 63 percent to 27 percent.

Obama’s recent focus on immigration has helped perk up his campaign, which sagged earlier in June as economic bad news rolled in and the president committed a misstep by claiming that the struggling private sector was in fact doing fine.

A rise by former Massachusetts Governor Romney in the polls appeared to slow this week, although a Pew Research Center survey on Friday put Obama’s lead at only 4 percentage points, from 7 points last May.

Romney’s campaign suffered on Friday from new accusations about Bain Capital, where he made much of his $250 million fortune as a private equity executive in the 1980s and ’90s.

The Washington Post reported that Bain invested in firms that specialized in relocating jobs done by American workers to new facilities in low-wage countries like China and India.

“(Romney) often says, ‘I know why jobs come and why jobs go.’ Well, yeah, one of the reasons they go is because you have firms who are counseling people on how to offshore and outsource their jobs, that’s one reason they go, so, yeah, he knows a lot about it,” Obama campaign adviser David Axelrod told reporters.

Obama received standing ovations from much of the crowd in Florida when he talked about healthcare reform and his decision not to target young illegal immigrants for deportation.

“This was an Obama crowd anyway. Even though Obama’s not Latino, he hit on key cultural points – hardworking, education. That’s something we wear on our sleeves,” said Tony Cardenas, a Democratic city councilman from Los Angeles.

Obama also pledged to make overhauling U.S. immigration rules to better serve businesses and make life easier for families and workers core to his economic agenda in a second term.

But Hispanics are still upset at his failure to deliver on comprehensive immigration reform and Latinos have been badly hit by the slow economy.

“No election-year speech can cover up the president’s job-killing policies that have led to 11 percent Hispanic unemployment and millions of Hispanics living in poverty,” Romney campaign spokesperson Amanda Henneberg said.

There are more than 50 million people with Latin American roots living in the United States. Hispanics are the fastest-growing U.S. minority group and could decisively influence the presidential election result in November.

Romney angered many Hispanics during the Republican primary season by saying illegal immigrants could “self deport” out of the country. He changed his tone at the NALEO conference on Thursday, stressing immigration was essential to U.S. economic prosperity, but offered few details on his approach to dealing with those now living illegally in the country.

A Hispanic former member of Senator John McCain’s 2008 presidential bid acknowledged on Friday that Romney was going to struggle to win votes from the Hispanic community.

“Obama giving my Democrat colleagues a lot more to work with, than Romney gave me yesterday at #NALEO. It ain’t going to be easy, folks,” Ana Navarro, who was McCain’s national Hispanic co-chairwoman, wrote on Twitter.

(Additional reporting by Barbara Liston in Florida, Eric Johnson in Chicago and Patricia Zengerle in Washington; Editing by Alistair Bell) 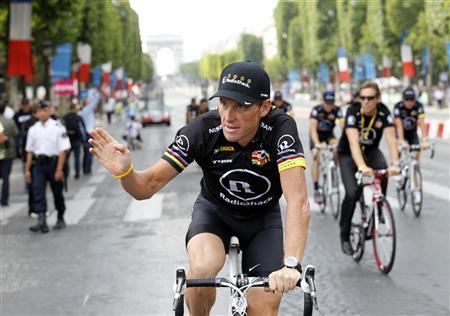 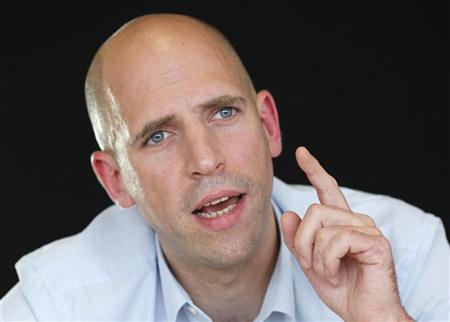