(Reuters) – President Barack Obama, seeking to counter deep doubts about his economic leadership, will ask voters on Thursday for more time to boost growth while arguing that his Republican rival Mitt Romney would resurrect policies that plunged the United States into crisis.

Obama will use a campaign speech in the battleground state of Ohio to try to bounce back from a series of recent setbacks.

These include an anemic jobs report and a misstep in which he seemed to play down the economy’s woes by saying the private sector was “doing fine.” He later told reporters he did not think the overall economy was fine.

The Democratic president, who risks losing the November 6 election if he cannot convince voters that his economic remedies are working, will take aim at Romney and congressional Republicans, who have rejected his ideas for spurring job growth.

“Governor Romney and his allies in Congress believe that if you simply take away regulations and cut taxes by trillions of dollars, the market will solve all our problems on its own,” an Obama campaign official said.

“The president believes the economy grows not from the top down, but from the middle class up, and he has an economic plan to do that.”

Obama’s approval ratings have slipped to their lowest level since January – from 50 percent a month ago to 47 percent – because of deep economic worries, wiping out most of his lead in the White House race, a Reuters/Ipsos poll showed on Tuesday.

The campaign aide said Obama’s remarks for Thursday had been in the works for weeks, with the president trying to reset the election-year narrative as he kicks off an intensive schedule of summer campaigning.

“The more time he spends talking about his vision for how we get out of this morass long term, the better off he is,” said Neera Tanden, president of the Center for American Progress and a former policy adviser to Obama and President Bill Clinton.

Romney and his fellow Republicans seized on Obama’s comments about the private sector last week to portray him as lacking understanding of Americans’ economic troubles and accuse him of putting government spending at the center of his efforts to lift the economy.

On Wednesday, Romney predicted Obama’s speech in Cleveland would have soaring rhetoric but little else. “My own view is that he will speak eloquently but that words are cheap,” he said, accusing Obama of lacking the ideas and business know-how to make a difference in growth and hiring.

“He is not responsible for whatever improvement we might be seeing,” Romney said. “Instead he’s responsible for the fact that it has taken so long to see this recovery, and the recovery is so tepid.”

In his appearance at Cuyahoga Community College, Obama will argue that Romney is the one lacking ideas.

The White House has frequently said the former Massachusetts governor would revive the policies of Republican President George W. Bush, including lax financial regulation and budget-busting tax cuts that set the stage for economic crisis.

Obama rolled out a series of growth-boosting proposals in a speech to Congress last September and in his State of the Union address in January, including more spending on roads and bridges as well as aid to states to help them hire teachers and police officers.

But congressional Republicans have balked at most of those ideas, saying they would only add to the budget deficit without helping the economy regain momentum.

“The president has already laid out his vision in terms of what steps he thinks this Congress needs to take. Mitt Romney has not,” said Jen Psaki, a former White House aide. “It’s not a lack of plans or lack of vision. It’s a lack of action by Congress.”

After the Cleveland speech, Obama will travel to New York to visit the One World Trade Center site and then attend an exclusive fundraiser at the home of actors Sarah Jessica Parker and Matthew Broderick, co-hosted by Vogue editor Anna Wintour.

Parker, star of the television series “Sex and the City,” could help the president reach out to women voters and young people, but the event also risked undercutting his efforts to connect with middle-class voters. Parker’s glamorous image may be difficult to square with Obama’s economic message.

Republicans have drawn attention to Obama’s fundraisers with celebrities, including one last month with actor George Clooney, saying his preoccupation with hobnobbing with the elite had made him out of touch with the plight of Americans struggling with job losses and financial hardship. 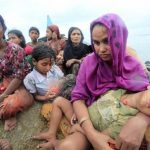 Thousands in need of food, shelter after Myanmar clashes 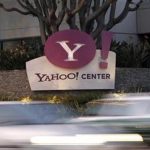 Chavez to Obama: I’d vote for you, and you for me

Britain says it wants a cut in EU budget 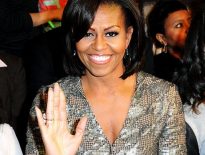 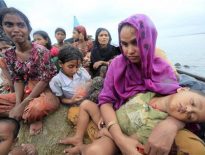 Asia Thousands in need of food, shelter after Myanmar c…