(Reuters) – More than 200 Syrians, mostly civilians, were massacred in a village in the rebellious Hama region when it was bombarded by helicopter gunships and tanks and then stormed by militiamen who carried out execution-style killings, opposition activists said. 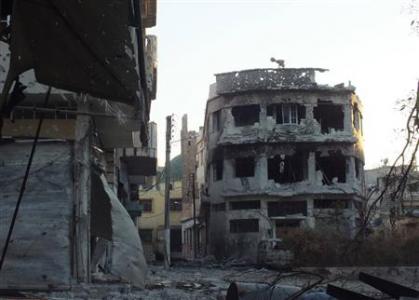 If confirmed, it would be the worst single incident of violence in 16 months of conflict in which rebels are fighting to topple President Bashar al-Assad and diplomacy to halt the bloodshed has been stymied by jostling between world powers.

Activists said it took place on Thursday, while the U.N. Security Council negotiated a new resolution on Syria. Washington and its allies said it showed the need for tough action, but Russia ruled out accepting their latest draft.

The Revolution Leadership Council of Hama told Reuters the Sunni Muslim village of Tremseh was subjected on Thursday to a barrage of heavy weapons fire before pro-government Alawite militiamen swept in and killed victims one by one. Some civilians were killed while trying to flee.

Opposition reports suggested that rebels from the Free Syrian Army, fighting to overthrow President Bashar al-Assad, were stationed in the village.

“More than 220 people fell today in Tremseh. They died from bombardment by tanks and helicopters, artillery shelling and summary executions,” the regional opposition group said in a statement on Thursday evening.

Syrian state television said three security personnel had been killed in fighting in Tremseh and accused “armed terrorist groups” of committing a massacre there.

Fadi Sameh, an opposition activist from Tremseh, said he had left the town before the reported killing spree but was in touch with residents. “It appears that Alawite militiamen from surrounding villages descended on Tremseh after its rebel defenders pulled out, and started killing the people. Whole houses have been destroyed and burned from the shelling.

“Every family in the town seems to have members killed. We have names of men, women and children from countless families,” he said, adding many of the bodies were taken to a local mosque.

Ahmed, another local activist, told Reuters: “So far, we have 20 victims recorded with names and 60 bodies at a mosque. There are more bodies in the fields, bodies in the rivers and in houses … People were trying to flee from the time the shelling started and whole families were killed trying to escape.”

“BLOCKADED FROM EVERY SIDE

Footage of the aftermath of the reported massacre had yet to appear on activists’ websites and the reports could not be independently confirmed. Syrian authorities severely limit access for independent journalists.

A detailed account by activists before news of the massacre emerged said at 6:00 a.m. on Thursday (0300GMT), a convoy of 25 vehicles carrying army and security forces, 3 armored vehicles and five trucks mounted with artillery passed West through the town of Muharda and headed toward the village of Tremseh.

“They blockaded the village from all four sides and began violently and randomly firing on houses as a helicopter flew overhead. As the attack happened the electricity and telephone lines were cut. Residents gathered in the streets in a state of fear and panic. They were unable to flee because of the blockade from every side,” the report posted on activist Web sites said.

“After that, fierce clashes erupted between the heroic Free Syrian Army and Assad’s army. Assad’s gangs attacked the village school and completely destroyed it. Many people were injured.”

A tweet from U.S. Ambassador to the U.N. Susan Rice said: “Reports of Traymseh massacre are nightmarish – dramatically illustrate the need for binding UNSC measures on Syria.”

Seventy-eight people were shot or stabbed or burned alive in the village of Mazraat al-Qubeir, a Sunni hamlet, by fighters of Assad’s Alawite sect on June 6, and 108 men, women and children were massacred in the town of Houla on May 25.

Most of Assad’s political and military establishment are minority Alawites, who form a branch of Shi’ite Islam. The revolt and the fighters behind it, and the street protesters who launched the revolt in March 2011, are mostly Sunni Muslims.

While the insurgents have been unable to match the Syrian army’s firepower, they have established footholds in towns, cities and villages across Syria, often prompting Assad’s forces to respond fiercely with helicopter gunships and artillery.

Earlier on Thursday, the first ambassador to abandon Assad called on the army to “turn your guns on the criminals” of the government as troops backed by tanks swarmed into a suburb of Damascus on Thursday to flush out rebels.

Nawaf al-Fares, a Sunni Muslim who has close ties to the security services, was Syria’s ambassador to its neighbor Iraq, one of its few friends in the region.

Coming just days after the desertion of Manaf Tlas, a Sunni brigadier general in the elite Republican Guard who grew up with the president, his defection gave the anti-Assad uprising one of its biggest political lifts.

But Assad’s strongest strategic ally, Russia, stuck by him on Thursday with a clear warning to his Western and Arab enemies that it would not even consider calls for a tough new resolution by the U.N. Security Council in New York.

Britain circulated a draft on Wednesday, backed by the United States, France and Germany, that would make compliance with a transition plan drafted by international envoy Kofi Annan enforceable under Chapter 7 of the U.N. Charter.

This would allow the council to authorize actions ranging from diplomatic and economic sanctions to military intervention.

British U.N. Ambassador Mark Lyall Grant raised the fact that another massacre had reportedly taken place during Security Council negotiations on a resolution on Thursday.

“It goes to show that business as usual for the Security Council is not an option. The Security Council, as requested by Kofi Annan, now needs to apply joint and sustained pressure on the parties, with serious consequences for non-compliance,” Lyall Grant said in a statement to Reuters.

But as council members began negotiating a resolution to renew the U.N. Syria monitoring mission, Russia’s Deputy U.N. Ambassador Alexander Pankin warned it would use its veto if it had to. “We are definitely against Chapter 7,” he said. “Anything can be negotiated, but we do not negotiate this, this is a red line.”

Annan himself asked the 15-member council to agree on “clear consequences” if the Syrian government or opposition failed to comply with his plan, which has produced neither a ceasefire nor political dialogue since it was agreed in April.

The British draft threatens the Syrian government with sanctions unless it stops using heavy weapons and withdraws its troops from towns and cities within 10 days.

Assad’s opponents say 13,000 armed and unarmed opponents of Assad, and 4,300 members of security forces loyal to Damascus, have been killed since the uprising began.

The defections of Fares and Tlas hint at growing alienation among the Sunni business elite, which had been slow to embrace a revolt that began among poorer parts of the majority community.

Assad’s crackdown on what began as a broad, peaceful pro-democracy movement helped turn it into an armed rebellion, but the insurgents know they must erode the loyalty and conviction of his establishment to loosen its hold on power.

Russia and China, both veto-wielding permanent members of the U.N. Security Council, have for months blocked attempts to isolate and push out Assad, endorsing his argument that he is defending Syria against armed groups bent on ousting him with the backing of the West and allied Sunni Gulf Arab monarchies. 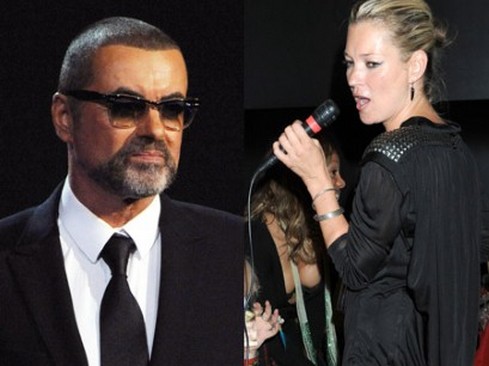 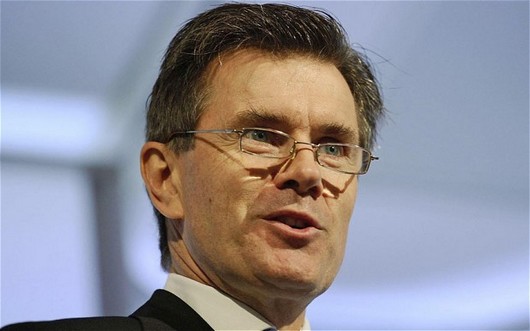