Ford, who spent many of his 57 years at Ford focusing on automobile design, died of pneumonia at his home in the Detroit suburb Grosse Pointe Shores.

Ford was the father of William Clay Ford Jr., the automaker’s current executive chairman. He was director emeritus of the company at the time of his death.

He joined the automaker’s sales and advertising staff after graduating from Yale in 1949 and was named a company vice president in 1953.

He was a Ford director from 1948 until his retirement in 2005 – more than half the automaker’s 110-year history. Forbes magazine estimated his fortune at $1.35 billion.

My father was a great business leader and humanitarian who dedicated his life to the company and the community, William Jr. said in a statement released by Ford.

You could see it in his Continental Mark II, Scheele said. He had a great eye for styling.

Ford and his brother Henry II were sons of Edsel Ford, whose father founded the storied automaker.

Henry II outshone his younger brother in his career at the company. Known as HF2, and Hank the Deuce, he was Ford’s chairman and chief executive officer before his death in 1987.

William Clay inherited Edsel’s love of design and it showed in his stewardship of the Continental Mark II, a beautiful but short-lived Ford luxury car in the mid-1950s.

Bill Chapin, president of the Detroit-based Automotive Hall of Fame and longtime friend of the Ford family, said Ford would be remembered for the Mark II, which was inspired in part by his father Edsel’s personal 1939 Lincoln Continental.

Considered a postwar classic of automotive design, the Continental Mark II was not a financial success, but it helped build Ford’s image and reputation, Chapin said.

Ford bought the Lions in 1963 for a reported $4.5 million and was the team’s chairman until his death.

In recent years, the club has been managed by his son Bill Jr. The Lions never won a National Football League championship under his ownership; its last NFL crown came in 1957.

On the team’s website on Sunday, Lions President Tom Lewand said: No owner loved his team more than Mr. Ford loved the Lions.

Ford shunned the spotlight, but in recent years talked about his grandfather giving him his first driving lesson at age 10 – they were going 70 miles per hour with young William in Henry’s lap when a policeman stopped them.

Ford took his first airplane ride with celebrated aviator Charles Lindbergh at the controls of a Ford Tri-Motor and enlisted in the Naval Air Corps during World War Two. He was taking flight training at the time of his discharge in 1945.

He would have marked his 89th birthday on Friday.

In addition to his wife and William Jr., Ford is survived by his daughters Martha Ford Morse, Sheila Ford Hamp and Elizabeth Ford Kontulis; 14 grandchildren; and two great-grandchildren.

At the 2003 shareholder meeting, marking the automaker’s centennial, Ford said: We have tremendous pride in the Ford name … We have a passion for cars. And we also have a great desire to see the Ford name in the forefront of world transportation. 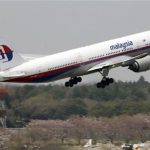 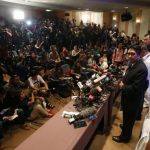 UN: Pakistan ‘does not sanction’ US drone strikes 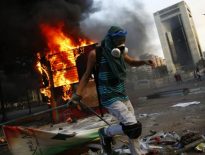 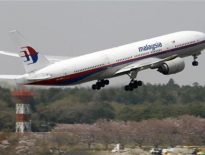