Pope Benedict XVI said this week that gay marriage poses a threat to “justice and peace.” The 85-year-old religious leader went on to suggest that same-sex marriage is “unnatural.”

According to the Associated Press, the head of the Roman Catholic Church kicked off the Christmas season on Friday with the traditional lighting of the tree in Vatican City’s St. Peter’s Square. On the same day, the Holy See released the Pope’s message for World Day of Peace 2013.

As Gay Star News reports, the Pope, in his annual address, said that same-sex marriage is “unnatural” and “against human nature.”

“There is…a need to acknowledge and promote the natural structure of marriage as the union of a man and a woman in the face of attempts to make it juridically equivalent to radically different types of union,” the Pope said, according to ANSA.

“Such attempts actually harm and help to destabilize marriage, obscuring its specific nature and its indispensable role in society. These principles are not truths of faith, nor are they simply a corollary of the right to religious freedom. They are inscribed in human nature itself, accessible to reason and thus common to all humanity,” he continued.

The Pope went on to suggest that support of gay marriage “constitutes an offense against the truth of the human person, with serious harm to justice and peace.”

According to AP, the Pope said abortion is also a threat to peace.

This is not the first time that Pope Benedict has vocally opposed same-sex marriage.

Earlier this year, the Associated Press reported that the religious leader had denounced gay marriage as being “insidious and dangerous.” Previously, he had called same-sex unions “a threat to humanity.” 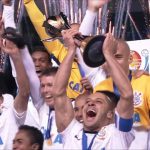 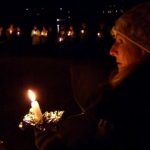 Kanye West & Kim Kardashian Want Him To Do ‘American Idol’

The U.S. government’s bitcoin bonanza: How, where and when to sell? 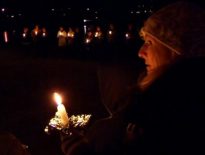 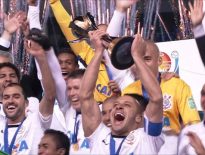