KRAKOW, Poland (AP) — Nine years after his death, Poles are once again lauding their beloved countryman, Pope John Paul II, as he was declared a saint in an unprecedented Vatican ceremony Sunday.

Bells tolled across Poland and the crowds applauded, in unison with those gathered in St. Peter’s Square in Rome, when Pope Francis declared the pontiff from Poland a saint.

John Paul remains a vital figure to many of his countrymen for having helped end communism in Poland, for his support of the Solidarity freedom movement that peacefully achieved that goal in 1989, and for his teachings about human rights and dignity.

Throughout Poland, the Vatican transmission was followed by a Mass of thanksgiving for the sainthood of a figure believed to be one of the greatest Poles ever.

Her friend, Izabella Gorecka, said she felt elated and flew up the sanctuary steps, despite feeling hip pain.

They got up at 4:30 a.m. to join a pilgrimage organized by their parish church — complete with papal yellow and white flags, a portable canvas stool and their own food — to watch the Vatican ceremony live on giant screens at the new John Paul II sanctuary in Krakow that is competing for pilgrims with the neighboring, popular God’s Mercy sanctuary.

John Paul’s sanctuary, still under construction, was initiated in 2011, when the pope’s personal secretary, Cardinal Stanislaw Dziwisz placed a vial of the pontiff’s blood in one of its white marble altars. The other, older sanctuary, was blessed by John Paul in 2002, and by tradition gathered larger crowds. John Paul’s pontificate ran from 1978-2005 and was among the longest in history.

More than 20,000 pilgrims from around Poland gathered in the two centers. The figure was much lower than on previous pope-related occasions, in a sign that memory of him was fading, while the new generation, coming of age, was less centered on religion.

Still, after the ceremony, members of the three generations of the Balazinski family from Krakow were very moved and proud.

Karol, an 8-year-old boy named after the pope, who was born Karol Wojtyla, could only say he was happy. His father, Janusz, believes that the support from a saint will make his prayers even stronger than before.

The more so that we met him. He is one of us, Balazinski said.

During a 2002 Mass in Krakow, with his six brothers and sisters, he accompanied his parents Grazyna and Jerzy, who brought the pope offerings of bread and wine.

In the pope’s hometown of Wadowice, crowds were spilling from the spacious basilica into John Paul II square. Masses gathered across the nation, including the Black Madonna Shrine in Czestochowa, Warsaw, Gdansk and other cities.

Thousands more travelled to Rome, some of them on foot, cycling or on horseback. Poland’s government leadership — President Bronislaw Komorowski, Prime Minister Donald Tusk and both parliamentary speakers — attended the Vatican ceremony.

The ceremony was held on God’s Mercy church holiday, established by John Paul. It was also held on the 75th birthday of Dziwisz, Archbishop of Krakow, who promotes the memory of the Polish-born pope and of his teaching.

John Paul is still shaping the image of Poland today, he said. 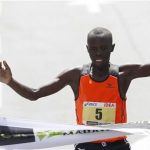 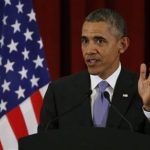 At 65, Kenny Loggins sings on with Blue Sky Riders

Pope observes Via Crucis on Copacabana 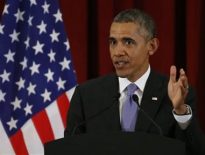 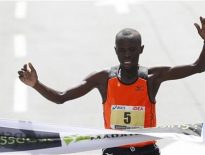