(Reuters) – Nearly a decade ago he was dubbed “Bush’s Brain,” for his 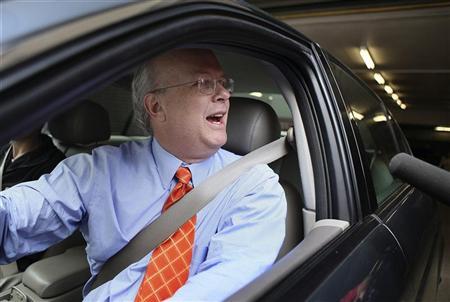 interviewed by federal prosecutors at his attorney's offices in Washington, May 15, 2009. REUTERS/Robert Giroux

This year, Karl Rove could be Mitt Romney’s

Perhaps no one, besides Romney himself, will have a greater influence on the course of the Republican

presidential campaign this fall than Rove, the brash, often-controversial architect of Bush’s two successful bids for the

Bush called Rove “Turd Blossom,” a term Texans use to describe a flower that grows from a pile of cow

dung. This year, thanks to the American Crossroads “Super PAC” organization that he co-founded, Rove will have vast resources

to fertilize Romney’s campaign: a massive wallet, one of the loudest megaphones in conservative media, and close ties to

It’s a dramatic re-emergence for Rove, who resigned as Bush’s deputy chief of staff in 2007 amid

questions about his role in the firing of a federal prosecutor.

In an interview with Reuters, Rove described his

vision for Crossroads, which he founded with his friend Ed Gillespie in 2010. Crossroads – which has received seven-figure

donations from several wealthy Republicans – hopes to spend $300 million on this election.

Democratic President Barack Obama’s vast fundraising effort, Rove said he wants Crossroads to be a permanent figure on the

political landscape – a big-money, independent group that works in concert with the Republican Party on strategy and involves

its most influential donors.

presence among advocacy organizations now boosted by his fundraising.

American Crossroads, the other wing of Rove’s

machine, has raised $27 million, more than any other political action committee (PAC) involved in the presidential race

except Restore Our Future, a Super PAC that supports Romney.

example, TV ads that focus on issues rather than specific candidates.

Democrats have been slow to accept Super PACs,

saying they will corrupt elections by giving outsized influence to the very wealthy. Donations to campaigns are limited to

Rove counters that his

“I got sick and tired of fighting with one hand tied behind my back,” Rove said, adding that he

started Crossroads “after getting our brains beat in for decades” in campaign fundraising.

American Crossroads suggest that like Restore Our Future, Crossroads will help Romney by attacking Obama and his

In the radio spot, a United

Mine Workers union leader says, “I would say this: The Navy SEALS shot Osama bin Laden in Pakistan, and Lisa Jackson shot us in

Rove’s role in the 2012 campaign offers an intriguing

Under the law, Romney’s campaign may not coordinate its activities with Crossroads. Romney advisers say

they have no idea what Rove is what up to, but campaign spokeswoman Andrea Saul praised groups such as Crossroads for their

“President Obama and his political team have signaled they will spend a billion dollars to hold onto power,”

Saul said. “We are pleased that independent groups will be active in fighting this entrenched power so the country can get

Rove said he talks with Romney advisers but devotes his attention to his own organization. “I can say,

Romney’s camp is stacked with people who have worked with Rove. This month,

Gillespie, a former chairman of the Republican National Committee, left Crossroads to join Romney as a senior

Another figure who straddles the worlds of Romney and Rove is Carl Forti, who has been dubbed “Karl Rove’s

Karl Rove.” Forti is a political director at Crossroads and launched the pro-Romney Super PAC Restore Our Future. He was

Romney’s chief of staff is Beth Myers, the

and now is overseeing Romney’s search for a vice presidential running mate.

Doug Gross, who led Romney’s Iowa campaign in 2008. “Karl has been through these wars and can provide her with sound

Rove does not need to make a phone call to let the Romney campaign know what he’s thinking. Romney aides

need only turn on Fox News, for which he is analyst or check his opinion columns in the Wall Street Journal.

are a lot of folks who wish they were in the same position that Karl is,” said longtime Republican strategist Dave

MIXING IT UP WITH DEMOCRATS

With Bush in quiet retirement in Texas, Rove remains a favorite punching

bag for Democrats, and seems to relish public spats with them.

Rove told Reuters that the White House, and

criticism as a veiled dig at Romney’s Mormon faith.

not (Romney’s) religion, it’s these other things. That’s a very subtle way of saying, ‘It’s his religion,'” Rove said.

“It’s how they do it in Chicago – innuendo, code words, and … a religiously bigoted campaign, trying to make the fact that

he’s a Mormon into an off-putting thing.”

“No one needs lectures on

political morality from Karl Rove,” Axelrod said. “But I fully understand why a guy who is running a $250 million negative

campaign on behalf of Mitt Romney, funded by huge, secret contributions, would be offended by a discussion about public

Rove was investigated, but not indicted, in the case involving a White House leak that exposed Valerie

Plame Wilson as a covert operative for the CIA.

And in 2007, Rove resigned as Bush’s deputy chief of staff while

under subpoena from the U.S. Senate to testify about the firing of a federal prosecutor that Democrats said reflected

politicization of the Justice Department.

supporters, “Karl Rove is saying that President Obama isn’t ‘up to the job.’ Does anyone really need a reminder of what

happened when they were in charge?”

For those in Romney’s circle, the attacks on Rove are a relief: Any shots thrown

Rove’s way are not directed at Romney.

For Rove, thanks to Crossroads, the attacks are likely continue.

of the objective was to set up Crossroads and … have it be a fixture,” Rove said. “We want it to have a permanent

(Editing by David Lindsey and Will Dunham)

Obama is more popular than he has been in years. So why is he complaining?
10 Things to Know for Wednesday
Former Secretary of State Rice to endorse Romney
Martin Luther King Jr. is remembered across the nation
Obama tells business leaders the nation needs changes in tax laws to help the economy
USnews: Teen charged in attack, child's death in Virginia
Persistent below-zero temps visit Midwest again
California boy with replica gun fatally shot by deputies 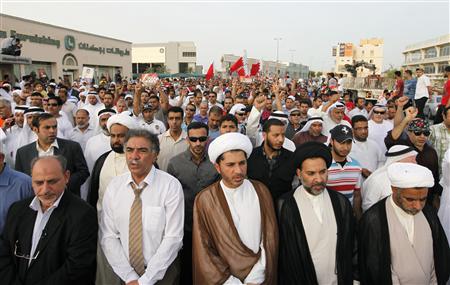 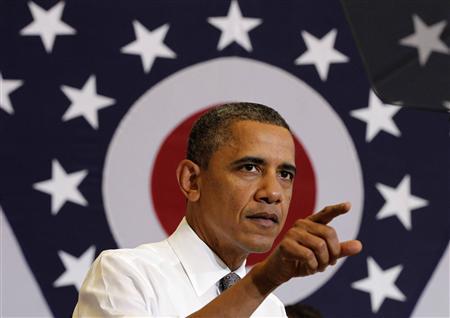