Russia’s top investigative body has opened a murder inquiry after a three-year-old adoptee died in the US.

Max Shatto – whose Russian name is Maxim Kuzmin – died on 21 January. Texas officials say they are still investigating the death, and no arrests have been made.

The case comes at a sensitive time, with Russia having just banned US adoptions because of previous deaths.

Russia’s equivalent of the FBI, the Investigative Committee, has opened a murder investigation and says it will ensure that the “murderers of the Russian child are severely punished”.

Max Shatto and his younger brother Kristopher were adopted from an orphanage in north-west Russia last year by Alan and Laura Shatto, who live in Gardendale, Texas.

He died on 21 January, less than two weeks after his third birthday.

“I would like to draw your attention to another case of inhuman abuse of a Russian child by US adoptive parents,” Konstantin Dolgov, the Russian Foreign Ministry’s special representative for human rights, said in a statement.

Mr Dolgov said the child had suffered injuries that “could only be caused by strong blows”, and alleged that the boy’s adoptive parents had given him a strong anti-psychotic drug mainly used to treat schizophrenic adults.

Texas Child Protection Services confirmed it had received allegations of physical abuse and neglect and was investigating, but had not yet determined whether the allegations were true.

‘Singing with the angels’

The Ector County Sheriff’s Office is also investigating, but says it is awaiting autopsy results.

The US state department said it would help Russian officials make contact with the appropriate authorities in Texas, and that it “took very seriously the welfare of children, particularly children who have been adopted from other countries”.

Max’s adoptive parents have said they will not comment. A tribute to Max was published on the website of a funeral home which handled arrangements for his funeral:

“Max, you were not with us long enough to leave fingerprints on the walls but you left fingerprints upon our hearts. When we get to Heaven, we know we will hear your sweet voice singing with the angels. We love you and will always miss you.”

The boy’s death came just three weeks after the Russian parliament, the Duma, enacted legislation ending all adoptions of Russian orphans by Americans. The move was criticised by the United States and by the opposition in Moscow.

Russian politicians have been quick to seize on Max Shatto’s death as a clear justification for their hardline stance, says the BBC’s Daniel Sandford in Moscow. 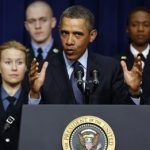 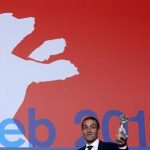 How Sara Blakely Of Spanx Turned $5000 Into $1 Billion

Kerry in Moscow to bridge gap with Russia on Syria

The Voice Mentors Will.i.am And The Script Team Up For New Single 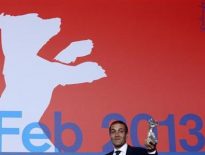 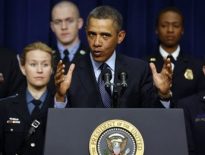