The devastation left the state a blank canvas to redevelop its prized vacation towns. But environmentalists and shoreline planners urged the state to think about how – and if – to redevelop the shoreline as it faces an even greater threat of extreme weather.

“The next 50 to 100 years are going to be very different than what we’ve seen in the past 50 years,” said S. Jeffress Williams, a scientist emeritus at the U.S. Geological Survey’s Woods Hole Science Center in Massachusetts.

The sea level is rising fast, and destructive storms are occurring more frequently, said Williams, who expects things to get even worse.

He and other shoreline advocates say the state should consider how to protect coastal areas from furious storms when they rebuild it, such as relocating homes and businesses farther from the shore, building more seawalls and keeping sand dunes high.

How to rebuild after the disaster is becoming an issue even as New Jersey assesses its damage.

The state’s death toll from Sandy climbed to at least 14, 2 million customers remained without electricity and earth-moving equipment made its way for the first time to hard-hit barrier island communities.

In Hoboken, a one-square-mile city on the other side of the Hudson River from New York City, at least 25 percent of the community was flooded and 90 percent was without power. National Guard troops delivered food and water as officials sent out a plea for boats and generators.

Most passenger trains were still suspended, lines were long at gas pumps, and Halloween celebrations were postponed. But there were some steps toward normalcy: many schools planned to open on Thursday, state workers were told to return to work and most New Jersey Transit buses were to resume service.

The state’s main focus was at the storied Jersey Shore, where houses were thrown from their foundations and parks and beaches were partially destroyed.

In his evening briefing Wednesday, Gov. Chris Christie reiterated that he wants to rebuild.

“I don’t believe in a state like ours, where the Jersey Shore is such a part of life, that you just pick up and walk away,” he said.

But the governor said homeowners in hard-hit areas should decide for themselves whether they want to rebuild or sell their property to the state for conservation.

The government, the Republican governor said, should not decide where rebuilding is and is not allowed.

New York Gov. Andrew Cuomo, a Democrat, disagreed Wednesday, saying that rebuilding after Sandy should include new ways to prevent damage from future hurricanes and storms.

The physical solutions can help protect homes and roads, but also cut off access to the beaches or water. New Jersey is known for having a lot of protective barriers.

Environmentalists say moving sand can cause harm to the areas it’s moved from, and might not be a good match for its new location. The supply of usable sand also is limited, they say.

“It’s like a bad drug habit,” said Chad Nelsen, the environmental director of the Surfrider Foundation, a national organization dedicated to preserving beaches and oceans. “Once you start, you can’t stop.”

Still, it seems to work. Some residents on Long Beach Island on Wednesday credited high dunes and wide beaches built as part of replenishment efforts there for keeping destruction from being even worse.

The northern barrier island that suffered the worst damage from Sandy is the longest developed stretch of New Jersey’s 127-mile coastline without the help of federal replenishment projects.

The federal government pays for much of the beach protection programs. Including state and local contributions, shore protection programs with federal involvement from Manasquan to Cape May have cost taxpayers $475 million since 1988.

“We’ve built in places that we shouldn’t have built and now those places are becoming even more hazardous and more expensive to stay in,” he said. “As we grow and develop, we should make sure we don’t continue to invest in those places.”

He suggested bans on building in some sensitive beach areas, or requirements that homes be built farther from the ocean.

The Surfrider Foundation’s Nelsen said he hopes that New Jersey communities at least consider rebuilding in different places, which he said has never been done on a large scale in a U.S. oceanfront.

“We’re about to spend some ungodly sum of money to restore the coast,” he said. “Let’s make sure we spent it wisely.” 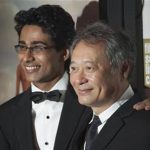 “Life of Pi” teen star lives out his own fairy tale 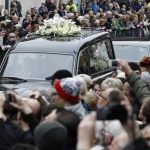 Suicide in Fast Rise Among Some Americans, Study Shows 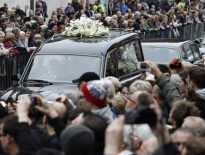 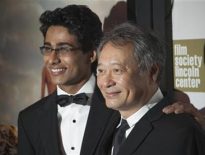 Celebrity “Life of Pi” teen star lives out his o…