US to lose vote at UNESCO, incurs debts

PARIS (AP) — American influence in culture, science and education around the world is facing a high-profile blow Friday as the U.S. is stripped of its voting rights at the world’s cultural agency, UNESCO. And it would cost the U.S. hundreds of millions of dollars to win this voice back. 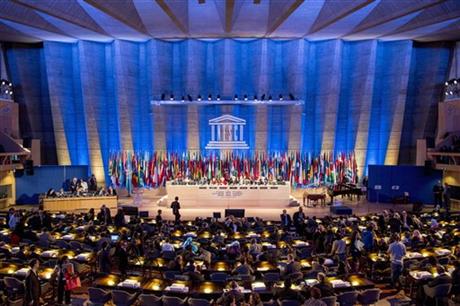 FILE- This Tuesday, Nov. 5, 2013, file photo shows a general view of the UNESCO prior to the opening of General Conference in Paris, France. American influence in culture, science and education around the world will take a high-profile blow on Friday as the US is stripped of its vote at the world’s premier cultural agency, UNESCO. The U.S. loses its vote at the Paris-based U.N. Educational, Scientific and Cultural Organization following Washington’s decision in 2011 to cut all funding to the U.N. agency over the vote giving Palestine member-state status. (AP Photo/Benjamin Girette, file)

The U.S. hasn’t paid its dues to the Paris-based U.N. Educational, Scientific and Cultural Organization in three years, in protest over the decision by world governments to make Palestine a UNESCO member in 2011.

Under UNESCO rules, the U.S. has until Friday morning to resume funding, or it automatically loses its vote.

The suspension of U.S. contributions, which account for $80 million a year — 22 percent of UNESCO’s overall budget — brought the agency to the brink of a financial crisis and forced it to cut American-led initiatives such as Holocaust education and tsunami research over the past two years.

It has worried many in Washington that the U.S. is on track to becoming a toothless UNESCO member with a weakened voice in international programs fighting extremism through education, and promoting gender equality and press freedoms.

“We won’t be able to have the same clout,” said Phyllis Magrab, the Washington-based U.S. National Commissioner for UNESCO. “In effect, we (now won’t) have a full tool box. We’re missing our hammer.”

The UNESCO tension has prompted new criticism of U.S. laws that force an automatic funding cutoff for any U.N. agency with Palestine as a member.

The agency may be best known for its program to protect the cultures of the world via its Heritage sites, which include the Statue of Liberty and Mali’s Timbuktu.

But its core mission, as conceived by the U.S., a co-founder of the agency in 1946, was to be an anti-extremist organization. In today’s world, it tackles foreign policy issues such as access to clean water, teaches girls to read, works to eradicate poverty, promotes freedom of expression and gives people creative thinking skills to resist violent extremism.

Among UNESCO programs already slashed over funding shortages is one in Iraq that was intended to help restore proper water facilities. Another was a Holocaust and genocide awareness program in Africa to teach about non-violence, non-discrimination and ethnic tolerance, using the example of the mass killing of Jews during World War II.

Related:  Nigeria's Jonathan told not to stand in 2015 by mentor Obasanjo
Powered by Inline Related Posts

This loss is a particular blow to the U.S., since Holocaust awareness was one of the areas the country aggressively promoted in the agency’s agenda when it rejoined in 2002 after an 18-year hiatus, during which the U.S. had withdrawn from the organization over differences in vision.

The concern over UNESCO is resonating in the U.S. Congress.

“The United States must not voluntarily forfeit its leadership in the world community,” Rep. Keith Ellison, a Democrat from Minnesota, told The Associated Press in an email.

With efforts by President Barack Obama to get the money restored having failed or stalled, Ellison plans to introduce legislation in Congress to overturn what he calls the “antiquated” laws that automatically halted the flow of funds to the agency from November 2011.

The Obama administration has proposed language to amend the legislation, but it remains on the table amid recent U.S. budget setbacks.

For some it’s a question of sooner rather than later, with the U.S. racking up arrears to UNESCO of some $220,000 a day, which it will have to pay back if it ever wants to fill the empty chair and get back the vote.

“Paying off three years is manageable, but it indeed becomes much more difficult if you allow many years to pass and the bill gets larger and larger and larger,” said Esther Brimmer, former U.S. assistant secretary of state for international organizations.

The Palestinian Ambassador to UNESCO, Elias Sanbar, said other countries are beginning to make up for the U.S. shortfall.

“Is this in the interest of the U.S., to be replaced?” he asked.

UNESCO Director-General Irina Bokova lamented the changes that are not only seeing America silenced within her organization but also bringing UNESCO financially to its knees.

“I regret to say that I’m seeing, in these last two years . a declining American influence and American involvement,” Bokova told The Associated Press.

“I can’t imagine how we could disengage with the United States at UNESCO. We are so intertwined with our message. . What I regret is that this decision became so divisive and triggered this suspension of the funding,” she added.

Bokova said she accepts political reality and would find ways for UNESCO to continue its work, despite a 2014 budget that’s down by an estimated $150 million.

Some fear this debacle is just the tip of the iceberg, and worry about more serious consequences, if Palestine joins other agencies such as the World Health Organization.

Thomas Adamson can be followed at Twitter.com/ThomasAdamsonAP

US to lose vote at UNESCO, incurs debts 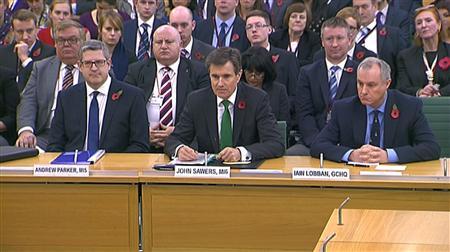 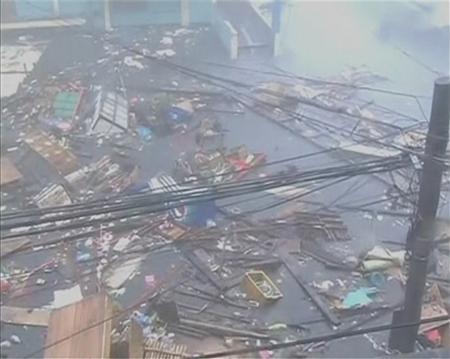