Schools reopened and streets were calm in Baltimore on Wednesday after an encouraging night that saw little of the angry chaos that has devastated Charm City in recent days. 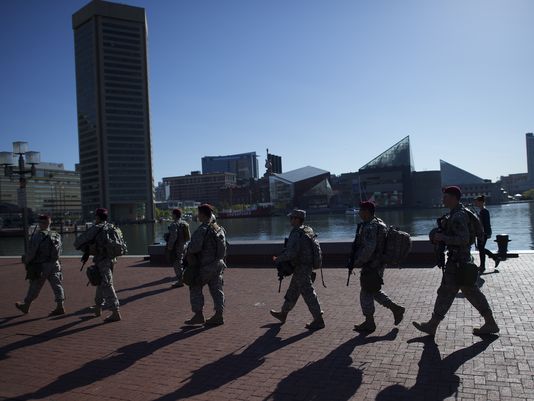 A prayer vigil was planned for noon to honor Freddie Gray, the young black man whose death while in police custody set off more than a week of protests that had grown increasing confrontational.

Ten people were arrested Tuesday night, seven of them for violating the curfew, two for looting and one for disorderly conduct, Police Commissioner Anthony Batts said in a news conference. The numbers are a big improvement over the 200-plus arrests made Monday night.

Schools CEO Gregory Thornton welcomed students back to school with an open letter thanking the thousands and thousands of students who made good decisions (Monday) and avoided the violence and law-breaking.

The letter also warned that students who did participate in Monday’s violence will be held accountable.

Principals and teachers are planning activities that will help students learn from the past days’ events, Thornton said. Counselors, social workers, and psychologists will be on hand to support students’ emotional needs.

Meanwhile, investigations into the Gray case are going forward. Baltimore’s police commissioner plans to present a report on the case to prosecutors by Friday, but it was unclear if or when the police will release any of the information.

The Justice Department has also opened a federal investigation into Gray’s death, but has not indicated when any report would be issued. Department officials have met with Gray’s family. The department issued a statement saying officials also had participated in several meetings (Tuesday) with city leadership, law enforcement, faith leaders, young people and members of the community.

An autopsy is being conducted by the state medical examiner. Governor Larry Hogan told The Baltimore Sun that a preliminary report would be released as soon as possible, but that a complete report would take several weeks.

In another probe, Baltimore State’s Attorney Marilyn Mosby is looking into whether criminal charges are warranted against the officers involved in the Gray case. Six officers have been suspended with pay.

On Tuesday night, it looked as though more violent clashes between police and protesters were in store when members of the crowd hurled objects at police and officers responded by firing pepper pellets and smoke canisters into the crowd.

Yet, the tension quickly eased as the remaining crowd began to disperse and the police maintained a measured response.

We do not have a lot of activity or movement throughout the city as a whole, so the curfew is, in fact, working, Batts said. Citizens are safe. The city is stable. We hope to maintain it that way.

As Tuesday’s 10 p.m. curfew drew closer, a police sergeant broadcast a plea to the thousands of people who had gathered at the intersection of West North and Pennsylvania. While the gathering on Tuesday stayed peaceful, she said, it was time to go home.

While some in the crowd left, many remained until the final moments or vowed to stay even as police in riot gear advanced down the street. Dana Briscoe, 33, said he didn’t think police had the resources to lock everyone up for violating the curfew. Briscoe, who works for a cell phone company, said he’d stay to make a statement.

The whole point of the protest is bucking the system, Briscoe said. It’s a part of history.

Thomas Plummer, 28, a tow truck driver, tied a t-shirt over his face to protect himself if police turned to tear gas and pepper spray to disperse the crowd. He said he planned to challenge the curfew because he wanted to show that police don’t have all the power.

It shows them who is in control, who has the power, he said. They need to remember they work for us. 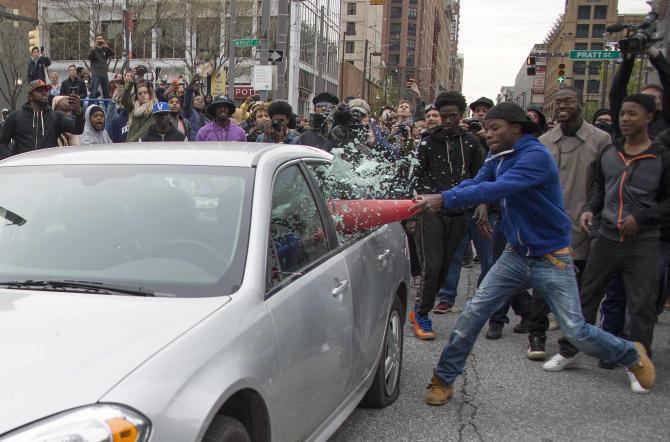 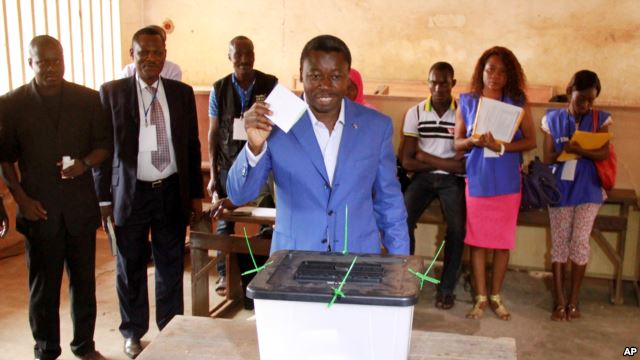