(Reuters) – A magnitude 5.1 earthquake struck suburban Los Angeles on Friday evening, rattling a wide swath of Southern California, breaking water mains in a nearby community and prompting Disneyland to shut down rides.

There were no reports of injury or substantial structural damage from the quake, which was centered outside the city of La Habra, about 20 miles east of downtown Los Angeles, and hit at 9:09 p.m. on Friday (12:09 a.m. EDT on Saturday), according to the U.S. Geological Survey.

Tonight’s earthquake is the second in two weeks, and reminds us to be prepared, Los Angeles Mayor Eric Garcetti said in a written statement released about an hour after the shaking stopped.

Garcetti said the city’s police and Fire Departments had conducted an immediate assessment and found no damage within the city limits.

A Los Angeles police spokeswoman said the department had not received any reports of damage or injury.

The quake was felt as far away as Palm Springs in the east and Ventura County to the north.

In Anaheim, Disneyland shut down park rides as a precaution and asked guests to remain seated. In Fullerton several water mains ruptured, spilling water into the streets and forcing police to divert traffic.

Geologists at the California Institute of Technology in Pasadena said the temblor was shallow, at a depth of only 1.2 miles.

We have to analyze that to make sure of the exact depth but it is relatively shallow, said Robert Graves of CalTech. Earthquakes in California tend to be deeper than that so it’s a little bit anomalous.

Graves said that there was a five percent chance that the temblor was a precursor to a stronger quake.

According to the USGS the earthquake was preceded by a smaller 3.6 magnitude temblor at 9:03 p.m. and followed by a series of some 20 aftershocks within an hour.

Earlier this month a 4.4 magnitude quake centered north of Los Angeles shook much of the region but caused no damage. 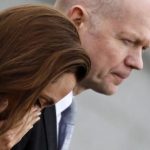 Celebrity: Angelina Jolie in Bosnia to campaign against war rape 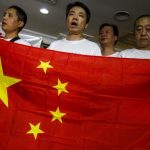 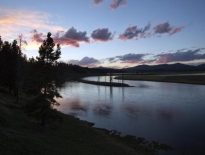 Us US: Yellowstone National Park rattled by largest e… 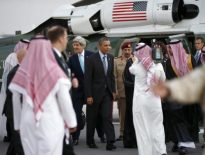 Asia World: Obama seeks to reassure Saudi Arabia over I…