(Reuters) – Two days after winning a friendly match with his playing partner President Barack Obama,Tiger Woods said he felt in good shape for this week’s WGC-Accenture Match Play Championship, an event he has won three-times. 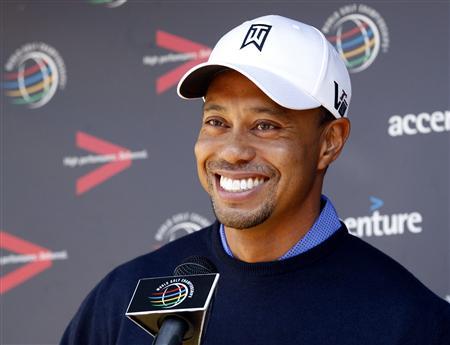 Tiger Woods of the U.S. laughs during a news conference before a practice round for the WGC-Accenture Match Play Championship golf tournament in Marana, Arizona February 19, 2013. REUTERS/Matt Sullivancx

The American world number two has not competed on the PGA Tour since clinching his 75th title at the Farmers Insurance Open four weeks ago, taking time off to be with his children before getting down to some serious practice.

“The last couple of weeks, I started getting back into it. The last week really hard,” Woods told reporters on Tuesday outside the spacious clubhouse at Dove Mountain’s Ritz-Carlton Golf Club. “And playing with Mr. President was pretty cool.

“He’s just a wonderful person to be around. We won.”

Obama, an avid weekend golfer, and 14-times major winner Woods played together on Sunday for the first time at the exclusive Floridian Yacht and Golf Club, which was surrounded by a cordon of security.

Woods, who lives about an hour south of the Floridian club in Jupiter, said he had been impressed by the quality of Obama’s golf.

“He’s a pretty good athlete, and as we all know he played a lot of hoops (basketball),” said the 37-year-old American as the wind began to strengthen at Dove Mountain. “He’s a lefty, but to see him out there hitting shots, he hit it well.

“And we didn’t play under the easiest conditions. He’s got amazing touch. He can certainly chip and putt.

“After these four years (Obama’s final term on office), if he ever spent more time playing the game of golf, I’m sure he could get to where he’s a pretty good stick.”

Like many of his predecessors, Obama has escaped the pressures of the Oval Office by taking to the golf course. He has played more than 100 rounds as president and typically tees it up with a group of close-knit friends.

Woods will take on fellow American Charles Howell III in Wednesday’s opening round at Dove Mountain and is taking nothing for granted in the notoriously unpredictable format of matchplay golf.

“The whole idea is just to beat one guy at a time.

Woods will be playing Howell, who is known for his workaholic approach to the game, for the first time in this format since he triumphed over his compatriot in the quarterfinals of the 1996 U.S. amateur championship.

“His work ethic has never changed, never waned,” Woods said of the 33-year-old Howell. “He’s out there working all the time. He’s trying to get better. I admire guys who put in that kind of work.

“It’s not easy to do. He’s implemented some swing changes over the years, but his tireless work ethic is something we all look up to.”

Asked if he had a favorite memory from his matchplay career, Woods replied: “I’d have to say probably all of my finals in the Am (U.S. amateur championship).

“I was down in the final all three (U.S.) juniors and all three Ams and came back and won all six of them. It’s something I’m pretty proud of. Not one stands out.” 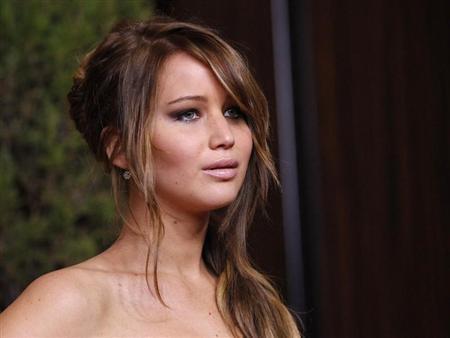 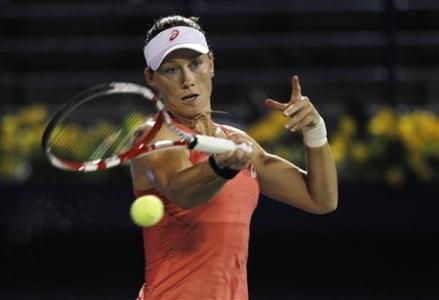