(Reuters) – Chris Hughes, one of the co-founders of Facebook and a former online strategist for Barack Obama during the 2008 presidential campaign, has purchased a majority stake in The New Republic, the magazine said on Friday. 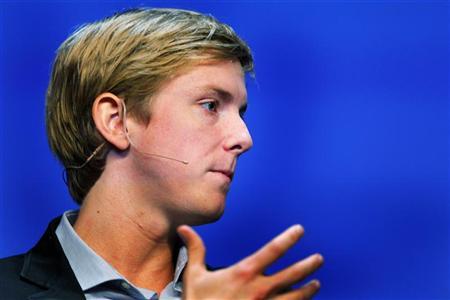 Hughes, 28, will become publisher and editor-in-chief of the nearly 100-year old magazine which covers American politics.

He is also expected to apply his expertise in digital technology in his new role.

Hughes co-founded Facebook in 2004 at Harvard with his then- roommates Facebook Chief Executive Mark Zuckerberg and Dustin Moskovitz.

Since working on the Obama campaign Hughes founded Jumo.com in 2010, a non-profit site that aimed to help people find ways to help each other. It was later combined with GOOD in 2011, an online content and social engagement platform.

As well as his new role Hughes will continue to invest independently and work with non-profits like the Knight Foundation.

Being A Facebook Wallflower Isn’t Good For You, The Social Site Says
How to see the data Facebook’s keeping on you
Drones Beaming Web Access Are in the Stars for Facebook
Hacker who exposed Facebook bug to get reward from unexpected source
Facebook smashes analyst targets but executive comments spook Street
Singer Dolly Parton slightly injured in car accident
What the Bloated Facebook IPO Says About Human Psychology
Technology: More 'headline-grabbing' corporate deals expected