SAN FRANCISCO: Facebook has said that profit soared in 2013 on the back of sizzling mobile ad revenue as the social network’s membership swelled.

The world’s biggest social network reported yesterday that profit in the fourth quarter jumped eightfold from a year earlier to $523 million, raising its net income for the year to $1.5 billion.

Facebook shares rallied more than 12 per cent in after-hours trading to a new high of $60.05 after release of the earnings figures.

It was a great end to the year for Facebook, said Facebook founder and chief executive Mark Zuckerberg.

We’re looking forward to our next decade, and to helping connect the rest of the world.

The Menlo Park, California-based company will mark its 10th birthday on February 4.

Facebook said the number of monthly active users rose 16 per cent from a year ago to 1.23 billion, with 945 million using mobile devices.

Revenue from advertising surged to $2.34 billion in the quarter, up 76 per cent over the past year. Mobile advertising revenue represented some 53 per cent of that figure, an increase from 23 per cent in the fourth quarter of 2012.

The surge in revenue from members accessing Facebook from smartphones or tablet computers served as a validation of sorts for Zuckerberg and his team.

Facebook made a dismal stock market debut in May 2012, with shares plunging due to fears the social network wouldn’t be able to make money from members shunning desktop computers for mobile devices.

Since then, however, Facebook has lifted its profits, and boosted the mobile segment of ad revenues.

A recent Pew Research Center survey found 73 per cent of Americans over age 18 on the Internet use at least one social network — or about 63 per cent of the total adult population.

Facebook is the preferred network, used by 71 per cent of online adults, or 57 per cent of all American adults, according to Pew researchers.

Facebook once again grew not just its total number of users, but the percentage of those users who visit the site each day, said Forrester analyst Nate Elliott.

That’s an impressive feat for a site of this size, and an important statement about the health of its user base.

Zuckerberg and other Facebook executives sidestepped a question on an earnings call with analysts about whether the social network was seeing a drop in use by teenagers. 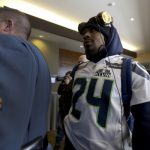 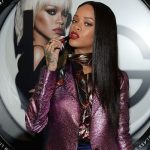 Obama urges Democrats to wake up ahead of tough midterm elections 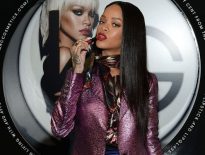 Celebrity For Rihanna, it’s about the ‘moment… 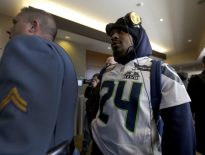