TORONTO — If Kijiji is remembered at all in the United States, it is probably as one of eBay’s unsuccessful attempts to challenge Craigslist in online classified ads. But in Canada, Kijiji is now practically synonymous with classifieds.

More than 12 million people visit Kijiji’s site in Canada every month, three times the amount drawn to Craigslist in the country. The service is used by 42 percent of Canadians, according to comScore, making it one of country’s 10 most popular sites. It has also eclipsed other companies’ online businesses, including Cox Automotive’s once dominant used-car site, AutoTrader.

That success is a striking counterexample to the globalization of the web, in which services like Facebook and Google offer a single product worldwide. It also represents one of the few online brands that fizzled in the United States but found success elsewhere, as the social media pioneer Friendster has in the Philippines and Malaysia.

How Kijiji achieved those feats is partly a story of good timing, arriving in Canada before Craigslist really took off in this country. The success is also the result of the company’s tailoring itself to the subtle distinctions of the market, catering in particular to the tendency of Canadians toward thriftiness.

Canadians are traditionally penny pinchers, which manifests itself in consumer buying differences, said Warren Shiau, consulting director of buyer behavior research at the market analysis firm IDC Canada. Kijiji has no fees for anything outside of a few specific big-ticket categories, which appeals to the penny pinchers in us.

These days, Kijiji has 6.7 million listings on the site. The operation has expanded to the point that its offices sprawl through two 19th-century former factories in downtown Toronto. While eBay does not separately disclose Kijiji’s financial results or the results for eBay Canada, the classifieds site is eBay’s largest operation in Canada. Variations of Kijiji now run in 32 other countries. And eBay Classifieds succeeded Kijiji in the United States.

But Kijiji’s success in Canada was far from certain — and it arose less from any master plan by eBay than from the desire by an eBay official, Janet Bannister, and her husband to move back to their native Canada in 2004.

Four years earlier, Ms. Bannister joined eBay in California and became director of category development, working to expand the online auction site beyond its original niche of collectible trinkets. When she returned to Canada, as director of product, she was put in charge of the features in the Canadian version of eBay.

She soon found that the operation had a significant problem.

EBay Canada was doing a very good job of getting people in Canada to the website, but we were doing a terrible job actually getting them to transact on the website, said Ms. Bannister, who is now a general partner at Real Ventures, a seed capital investment fund. We did some things on the website to try to address it, but it didn’t really close the gap.

A fundamental problem for eBay in Canada, Mr. Shiau said, is that Canadians generally do not like auction-based pricing. On top of that, Ms. Bannister found that because Canada’s vast geography and low population density make shipping costs high and delivery times long, buyers of secondhand goods preferred to make deals in person.

To Ms. Bannister, the answer for eBay seemed to be online classified ads. At the head office, however, the idea did not appear to be quite so obvious. At the time, about 10 percent of Canadians used Craigslist, a level many eBay executives thought meant that it was fully entrenched. Nevertheless, they gave Ms. Bannister some classifieds site software being developed for Europe along with a small amount of money to adapt the site and market the result.

The only thing the head office of eBay in California imposed was the name, Kijiji — pronounced Ka-jee-jee — which is Swahili for village. Ms. Bannister was horrified.

I was in a conference room and I wrote it down, Ms. Bannister said of taking the call from the head office about the name. I couldn’t even read it with all the i’s and the j’s. I said, ‘I don’t care what it means. You’ve got to have a name people can pronounce and people can spell.’

There was no budging from headquarters on the name, though, so Ms. Bannister moved forward. At first, she avoided challenging Craigslist directly. Research showed that Craigslist was used in Canada mainly by young men looking for accommodations or to place personal ads, so Kijiji turned to young families and their quickly changing needs. Kijiji also was introduced in Montreal and Quebec City, largely French-speaking communities where Craigslist was then available only in English.

Listings swiftly grew. Making money, however, was a more gradual process. Among other things, the site did not even introduce banner advertising until it had become fully established.

This month, Kijiji attracted about 160 car dealers to an annual sales conference in Toronto. And in one measure of Kijiji’s success, Postmedia Network, the dominant newspaper publisher in most large Canadian cities, now uses the service to provide the used-car listings on its automotive websites.

The growth, though, has come with criticism. The site’s pet listings led to protests from animal rights groups that it had become a haven for puppy mills, which led to policy changes. And there are the somewhat predictable schemes. This year, a 25-year-old man was arrested and charged with fraud for reportedly using Kijiji to rent and collect deposits on a summer cottage he did not own.

Mr. Neil said that the company had about 60 employees who searched listings for fraud and that it also used software to flag questionable listings or those prohibited on the site either by laws or company policies.

Although Kijiji is now used by almost half of all Canadians, eBay continues to advertise it heavily, placing ads on buses and on television during the current hockey playoffs. While he declined to offer specifics, Mr. Neil said the company was working on new ways to expand its already outsize presence.

Johnna Hoff, a spokeswoman for eBay, said the classifieds site fit into the company’s broader mission of connecting people in their communities.

Canada is a bright spot, she said, where customers have helped us build a fun, easy, safe place to buy, sell, trade, search and more through Kijiji.

As use of the site becomes more widespread, it could risk losing the sense of community built during its early days. But Mr. Neil said there was just something innately Canadian about the service.

I was a user of Kijiji before I came here, Mr. Neil said. The one thing that surprised me was really how much people loved the site. Maybe I sound like I’m overemphasizing that, but I couldn’t believe how much it really resonated with Canadians. 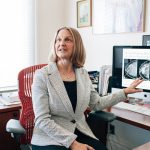 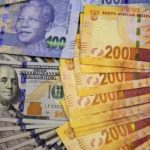 No British man has won Wimbledon since … Murray in 2013; win over Djokovic ends 77-year wait

Health: How to Pay for Your Cosmetic Surgery

Kijiji, a Flop in the U.S., Rules Online Classifieds in Canada 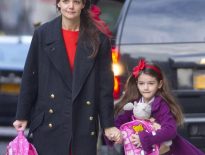 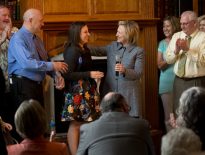 News “Hillary Clinton” May Not Need a Secon…