How muscular you are as a teenager may predict how long you live, at least if you are a man.

Swedish experts who tracked more than a million teenage boys for 24 years found those with low muscle strength – weaker leg and arm muscles and a limp grip – were at increased risk of early death.

The team behind the BMJ study believe muscle strength reflects general fitness, which would explain the link.

Experts stress the findings do not mean muscle building makes you live longer.

The effect of poor muscular fitness in those tracked was similar to well established risk factors for early death, such as obesity and high blood pressure.

When the researchers took into account these better known risk factors, they found the link between early death and muscle power remained.

Thin and fat men alike fared worse in terms of life expectancy if they had weaker than average muscles, while more burly men had better survival odds even if they were overweight.

Over the course of the study, 26,145 (2.3%) of the men died. The leading single cause of death was accidental injury, followed by suicide, cancer, heart disease and stroke.

A third of the deaths were due to other causes and the researchers grouped these together for their calculations.

The teenagers who scored above average on muscular strength at the start of the study had a 20-35% lower risk of early death from any cause and also from cardiovascular diseases.

They also had a 20-30% lower risk of early death from suicide and were up to 65% less likely to have any psychiatric diagnosis, such as schizophrenia or depression.

In comparison, the 16- to 19-year-olds with the lowest level of muscular strength had the highest risk of dying before they reached their mid-50s.

The teenagers, who were all conscripts to the Swedish military, were asked to grip and to do some leg curls and arm push ups against resistance to measure muscle strength.

A spokeswoman for the British Heart Foundation said: “The benefits of being physically active at any age are well established with studies showing it can prevent children from developing diseases later on in life, as well as improving their concentration at school, their overall mental health and well-being.”

Stephen Evans, professor of pharmacoepidemiology at the London School of Hygiene and Tropical Medicine, said while there was good evidence exercise was beneficial for health, the study did not show doing more exercise would necessarily prolong your life.

And encouraging people to do more regular physical activity could be a challenge, he added.

“Sadly the trials of an intervention to increase exercise have not shown notable benefits, though that does not discourage me and many others from exercising,” Prof Evans said. 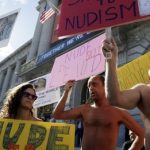 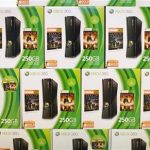 Microsoft vs. Google trial over patents finishes up

Rihanna Tweets ‘Hung Over’ And A Craving For Some Chinese Cuisine

Singer Sarah Brightman may be Russia’s next space tourist: report 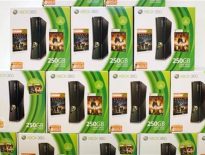 Scie/Tech news Microsoft vs. Google trial over patents finishes u… 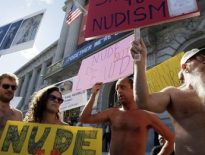