Samsung finally scores a share in the highly anticipated Apple Watch, as it secures orders to supply a monthly 4,000 wafers containing thousands of processor chips.

Rarely do we see bitter rivals combine resources, which is probably why Samsung Elect Ltd (F) (OTCMKTS:SSNLF) earlier failed to land a deal to produce processors for the iPhone 6. According to the latest reports though, when the technology in question is one that has not yet been perfected – say, a smartphone that can outsell your own – companies are willing to collaborate.

Digitimes was the first to report that Samsung has successfully secured the first series of orders to manufacture processor chips for the Apple Watch. This news comes a day after users were granted access to try the Apple Watch interface, with an unofficial demo released yesterday.

With a March launch targeted, Samsung and Apple can reap the benefits from the Apple Watch together, contrary to what analysts earlier speculated about the two companies’ inability to work together.

Industry sources report that Apple Inc. (NASDAQ:AAPL) has contracted Samsung to supply close to 4,000 12-inch wafers that contain 28-nanometer chips on a monthly basis. The Samsung processor will be a part of the S1 System-in-Package (SiP), which will also include a NAND flash drive, DRAM, and other supporting chips. While Samsung provides the processor, production of the entire SiP module is reported to be entrusted to Advanced Semiconductor Engineering (ASE).

The entry level Sports version of the Apple Watch is confirmed to be introduced at $349, while the gold-plated Edition model is rumored to be much more expensive. Analysts forecast that shipments of the Apple Watch will initially be as low as 10 million units in 2015, although many have also said that it could be a runaway success, selling in excess of 50 million watches.

Samsung’s contribution to the Apple Watch ensures that the company gets some share of the profit from a potentially successful and highly anticipated wearable commodity. Samsung’s own wearable gadgets, including the Gear series, haven’t received the response they hoped for. Now, the deal with Apple provides an opportunity for the Korea-based electronics company to set things right.

Apple shares rose 3.8% yesterday on news that its Apple app sales for developers had jumped 50% to a record $10 billion in 2014. 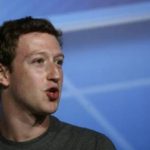 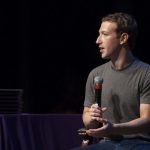 If Mark Zuckerberg is the next Oprah, Facebook is in trouble

Serena, Venus to clash for 30th time as Cornet shrugs off US Open sexism storm

Jennifer Aniston’s Mother ‘Found Out About Engagement In The Press’ 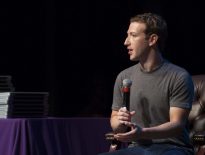 Internet If Mark Zuckerberg is the next Oprah, Facebook is … 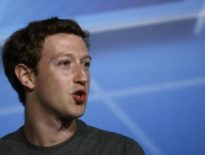