J.R. Martinez, the most recent champion on “Dancing With the Stars,” has a new lady in his life: a baby daughter, born Wednesday night in L.A. to him and girlfriend Diana Gonzalez-Jones. 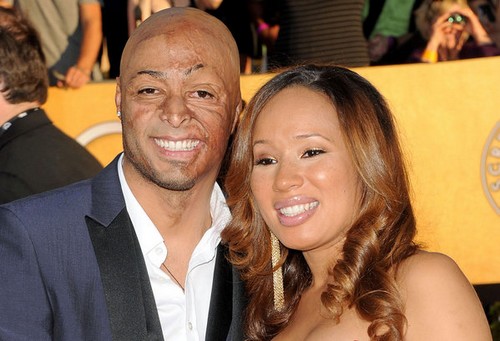 Lauryn Annabelle – nickname Belle – arrived at 21 inches long, weighing seven pounds, 13 ounces, according to People, which also got the story behind the name from the former “All My Children” actor.

Martinez, who as a soldier was severely burned in a 2003 IED explosion in Iraq and launched a career as a motivational speaker after returning home, met Gonzalez-Jones in 2008 on the “All My Children” set, where she was a exec producer’s assistant. Friends first, they became romantically involved in 2010, and she could be seen last year in the “DWTS” audience each week, rooting for her beau.

Like Maria Menounos, Martinez on Monday was his season’s first contestant to rack up a perfect score of 30 on the dance show.

“Not everything in life unfolds #traditionally just count your #blessings along the way and keep your #integrity,” Martinez said on Twitter in December, when the couple announced they had a baby on the way.