Helen Moosmann, 92, had hoped to use her life insurance policy to pay for her funeral. But last Friday she got a letter from her credit union saying they would be cancelling her fully-paid-up $2,000 policy, which her late husband, Ralph, had taken out for her 40 years ago. He had told her never to touch the money, because it was a special policy that would pay double when she died.

The policy was being cancelled, said the letter, effective November 30th. Her coverage would expire December 31st.

Moosmann, of Minneapolis, is one of thousands of seniors nationwide who stand to get letters like this in coming days.

The entity that created this particular insurance product—CUNA Mutual of Wisconsin—doesn’t cater to consumers. It serves member credit unions, including U.S. Federal (Moosmann’s credit union), providing them with a variety of products and services that they then can offer to depositors.

BETTING ON YOUR OWN MORTALITY

Phil Tschudy, a CUNA spokesman, tells ABC News the company does business with about 90 percent of the nation’s 7,000 credit unions. It started offering Mrs. Moosmann’s type of policy—Life Savings Certificate Insurance–in 1938, during the Great Depression, as an incentive to encourage saving.

The certificate was group term life insurance that paid a benefit based on the amount of savings a depositor maintained. If he reached a certain balance—say, $2,000, as in Moosmann’s case—that was matched by the credit union in the form of a life insurance policy. The credit union paid the premium. As long as the depositor maintained the requisite balance, he or she never paid a dime’s worth of premium.

Recently, says Tschudy, the product has been losing popularity with credit unions. “There are other products available now that provide greater protection. So, credit unions have been cancelling the program as an expense they no longer want to incur.”

The credit union environment, he says, has become much more competitive in recent years. Margins are shrinking, and CUNA’s customers are looking for ways to save money. “We’re losing 10 percent of our customer base every year for this product,” he explains. “We were down to only 1,200 unions out of 7,000 who still offered it.”

It became obvious to CUNA, he says, that something had to be done. “We made the difficult decision to exit this product. We did not do so lightly.”

Moosmann’s daughter, Sandy Bellm, is appalled. “How could they do that?,” she asks ABC. Her mother, she says, could have invested the money someplace else and gotten “a lot more than the half a percent” she was getting on her account.

“I went to the credit union yesterday to look at the policy, and it says it can be cancelled without prior notice. It just isn’t fair. After 40 years?”

Asks Bellm’s husband, “What about all the interest the credit union earned? They’re giving her absolutely nothing. Why not give her the compound interest?” Sandy Bellm says so far the union has offered her mother a certificate of deposit with an added one percent of interest.

What options does somebody in Moosmann’s situation have? “That’s a great question,” says Tschudy. “We thought it was important to offer a conversion option. The people impacted can switch to an individual life policy, whole life, without any underwriting, if they choose to do that within 31 days of the cancellation of the Life Savings Certificate. If they do it later, it will be subject to underwriting.”

If Moosmann were to act before the deadline, what would be the difference in cost between her old policy and her new? “She was not paying anything for the old policy,” Tschudy points out. “For a new policy, it will vary by age. If you’re older, of course, it’s going to be more expensive than if you’re 21.”

In disbelief, Sandy Bellm says, referring to the extra one percent certificate the union is offering her mother: “How long would it take her to make up that $2,000? She’s 92! Are they even thinking about what they’re saying to these seniors?” 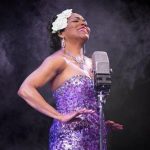 Business Meetings: The Importance of Dressing for Success 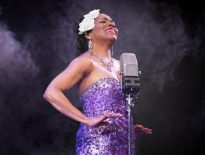