(Reuters) – The dollar fell to a 6-1/2 month low on Tuesday despite signs the U.S. economy is emerging from a particularly harsh winter-induced slowdown.

It was hurt by U.S. bond yields struggling to pull away from their recent troughs, suggesting there were no immediate bets on future interest rates rises.

In currency markets, the dollar index .DXY slid to a 6-1/2 month low, as the British pound and euro both made gains.

While the European Central Bank is expected to repeat its concerns about the euro’s impact on already-low inflation at a meeting on Thursday, economists do not expect it to cut its already record low interest again.

It’s an anti-dollar trade, said Gavin Friend, a currency strategist at National Australia Bank in London. It didn’t go higher on the data (on Monday), so it’s got to go down.

Britain’s FTSE 100 .FTSE and France’s CAC 40 .FCHI were both up 0.12 percent as trading settled, ahead of a broadly flat DAX .GDAXI in Germany. Markets in Spain, Portugal and Italy again set the pace with gains of 0.6, 0.8 and 0.4 percent.

Yields on the euro zone’s southern, lower-rated bonds also hit multi-year lows, as investors welcomed Portugal’s plans for an exit [ID:nL6N0NQ10O] from its bailout and continued to expect some future easing of ECB monetary policy.

Portuguese 10-year yields were last 3 basis points lower on the day at 3.61 percent, having hit a new eight-year low of 3.597 percent earlier, according to Reuters data.

Despite holiday-thinned trading In Asia, stock markets did get a fillip after the Institute for Supply Management’s U.S. services sector index rose to 55.2 in April, the fastest pace in eight months and easily topping forecasts. A reading above 50 indicates expansion. <TOP/CEN>

The data added to evidence that the U.S. economy is emerging from a particularly harsh winter-induced slowdown and provided a welcome offset to worries about China.

The CSI300 .CSI300 index of the largest Shanghai and Shenzhen A-share listings was up 0.4 percent, while the Shanghai Composite Index .SSEC edged 0.3 percent higher to 2,036.83 points, although gains were limited by weakness in the property sector as investors braced for any signs of financial distress among developers.

The U.S. is showing signs of recovering from particularly slow momentum in Q1, driven to a significant extent by adverse weather effects, and the euro area remains on a stable, gradual upward trajectory, noted analysts at Barclays.

The better U.S. news had helped Wall Street recover early losses on Monday. The Dow .DJI closed up 0.11 percent, while the S&P 500 .SPX gained 0.19 percent and the Nasdaq .IXIC 0.34 percent.

Bonds took the opposite tack, with Treasuries surrendering some of the gains made last week. Yields on 10-year paper lurched up to 2.61 percent, having been as low as 2.57 percent.

The U.S. Treasury auctions three-, 10- and 30-year debt this week which will be a useful litmus test of investor demand. 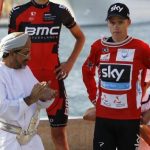 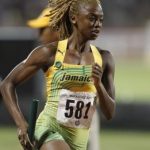 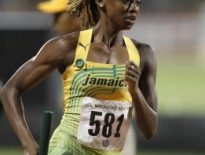 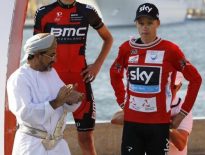 News Sports: Froome ahead of schedule as Tour de France…