(Reuters) – The euro and the dollar rose against the yen on Monday after the G20 decided not to criticizeJapan for its expansionist policies, but shares eased as Europe’s weak growth outlook weighed on sentiment.

Financial leaders from the world’s 20 biggest economies promised on Saturday not to devalue their currencies to boost exports, aiming to defuse talk of currency wars that had been roiling the markets.

“Future yen direction will continue to be driven by domestic monetary policy from the Bank of Japan and improving international investor confidence, which are both driving the yen weaker,” said Lee Hardman, currency analyst at Bank of Tokyo-Mitsubishi UFJ.

Abe said on Monday that buying foreign bonds was a future option for the Bank of Japan, which would entail selling of the yen by the central bank.

The euro was also rising against the dollar, gaining 0.1 percent to $1.3375 ahead of address by European Central Bank president Mario Draghi to the region’s parliament which may touch on the outlook for the single currency after the G20 meeting.

In European markets, attention was also switching to the release of euro area Purchasing Managers’ Indexes for February and German sentiment indices due later in the week, and the upcoming general elections in Italy.

Analysts expect Thursday’s euro area flash PMI indices, which point to economic activity around six months out, to show growth stabilizing across the recession-hit region, leaving hopes for a recovery in the second half of the year intact.

Concerns over an inconclusive outcome in Italian elections at the end of the week added to the weaker sentiment as a fragmented parliament could hamper a future government’s reform efforts.

The worries about the outlook for Italy were encouraging investors back into safe have German government bonds on Monday, with 10-year Bund yields easing 3.6 basis points to be around 1.63 percent.

European equity markets were taking their lead from corporate earnings reports which have been reflecting the sluggish economic conditions across the region.

Danish brewer Carlsberg (CARLb.CO), which generates just over 60 percent of its sales in western Europe, became the latest company to report a weaker-than-expected quarterly profit, sending its shares to lowest level in nearly a month.

Earlier, the effect of the G20 statement and the comments from Abe indicating a renewed drive to stimulate the economy lifted the Nikkei stock index .N225 by 2.1 percent, near to its highest level since September 2008.

U.S. stock futures were barely changed and are expected to stay little changed as Wall Street will be closed on Monday for the Presidents’ Day holiday. .N

MSCI’s world equity index .MIWD00000PUS was flat as markets extended two-week period of consolidation that has followed the big run up in January when demand was buoyed by the efforts of global central banks to stimulate the world economy.

Data from EPFR Global, a US-based firm that tracks the flows and allocations of funds globally, shows investors pulled $3.62 billion from U.S. stock funds in the latest week, the most in 10 weeks after taking a neutral stance the prior week.

In the commodity markets traders played catch up after a week-long holiday last week in China, the world’s second biggest consumer of many raw materials, had kept activity subdued, with worries about the euro zone economy weighing on sentiment.

Gold rebounded by 0.3 percent from a six-month low to be $1,614 an ounce as jewelers in China returned to the physical market after the Lunar New Year holiday.<GOL/>

Crude oil markets were mostly steady after some weak U.S. industrial production data on Friday [ID:nL1N0BF44A] was seen dampening demand, while tensions in the Middle East lent some support. 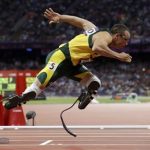 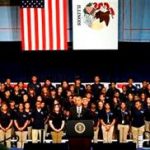 Euro, dollar up after G20, stocks ease on growth concern 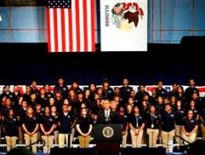 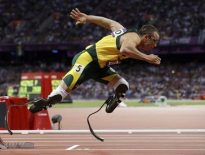