CHICAGO (AP) – An 18-year-old Chicago woman was killed the same day her sister had sat on the stage behind President Barack Obama, listening to him push for gun control legislation. 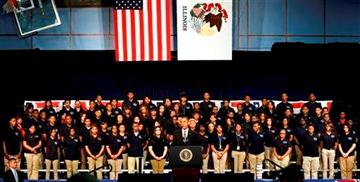 (AP Photo/M. Spencer Green). In this photo taken Friday, Feb. 15, 2013, in Chicago, President Barack Obama speaks about the nations struggle with gun violence at an appearance at Hyde Park Academy.

Janay Mcfarlane was shot once in the head around 11:30 p.m. Friday in North Chicago, Lake County Coroner Thomas Rudd told the Chicago Sun-Times (http://bit.ly/12Uoh9b). Mcfarlane, a mother of a 3-month-old boy, was in the Chicago suburb visiting friends and family.

North Chicago police said two people are being questioned in connection with Mcfarlane’s death, but no charges have been filed.

“I really feel like somebody cut a part of my heart out,” Angela Blakely, Mcfarlane’s mother, said.

Blakely said the bullet that killed Mcfarlane was meant for a friend.

Hours earlier, Mcfarlane’s 14-year-old sister was feet from Obama at Hyde Park Career Academy, where he spoke about gun violence and paid tribute to Hadiya Pendleton, the 15-year-old honor student fatally shot last month in a South Side park. Police have said it was a case of mistaken identity, and two people have been charged.

Pendleton’s death was one of more than 40 homicides in Chicago in January, a total that made it the deadliest January in the city in more than a decade. Pendleton, a drum majorette, had recently performed during Obama’s inauguration and the slaying happened about a mile from his Chicago home.

Blakely told the newspaper that Janay Mcfarlane had been affected by Pendleton’s death.

Mcfarlane was supposed to graduate from an alternative school this spring, Blakely said, and wanted to go into the culinary arts.

Celebrity I’ve got a knee injuRiri: Rihanna left with bloo… 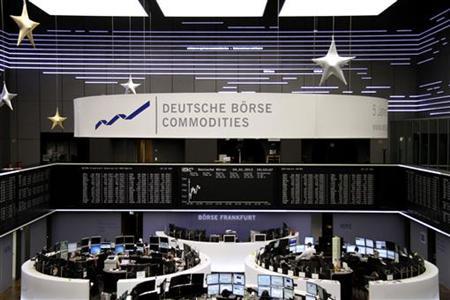