On Tuesday, MJE, which Johnson founded in 1987, said it completed its planned acquisition for a majority, controlling interest in EquiTrust Life Insurance Company, which manages $14.5 billion in annuities, life insurance and other financial products.

MJE acquired a roughly 60% in EquiTrust from Guggenheim Partners, the New York-based financial giant that bought EquiTrust in 2011. Financial terms weren’t disclosed, but Guggeheim no longer owns a stake in the insurance company, said Paul Miller, COO at EquiTrust.

MJE announced plans to buy a stake in EquiTrust in January 2014. Miller attributed the delay in closing the transaction to the legal and regulatory requirements.

Over the years, Johnson has amassed a small empire of investments in sports teams, entertainment assets, restaurants and other businesses through MJE. But the purchase of EquiTrust marks the former Los Angeles Lakers point guard’s first big push into the financial services sector.

The purchase could lead Johnson to speak more on financial literacy education, acting as a kind of spokesperson for his new company.

We believe financial literacy relative to estate and retirement planning is integral to the community, said MJE spokewoman Christina Francis. A well-capitalized company like EquiTrust gives us the platform to accomplish that objective. The company can promote financial literacy in the minority community by emphasizing the importance of life insurance for estate planning and annuities for retirement planning, she said.

Under MJE’s ownership, Guggenheim will continue to manage money for EquiTrust, MJE said. Miller said the company’s management team will remain the same under the new ownership and that say-to-day operations will remain largely unchanged.

Johnson has done business with Guggeheim before, including joining the investment firm in the record $2 billion deal to buy the Los Angeles Dodgers baseball team in 2012.

Earlier this month, Johnson announced he will join the board of Square, the payments company founded by Twitter co-founder Jack Dorsey. Dorsey was recently appointed interim CEO of Twitter amid shareholder grumblings over outgoing CEO Dick Costolo. 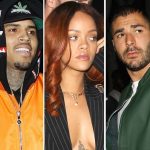 Rihanna And Chris Brown Not Completely Over, Benzema In Friend Zone 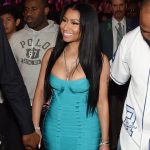 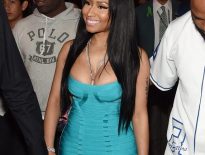 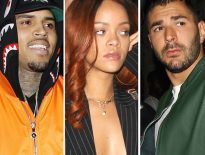 Celebrity Rihanna And Chris Brown Not Completely Over, Benze…