(Reuters) – The Pentagon is taking a harder look at proposed foreign acquisitions of U.S. companies given the increasing financial complexity of such deals, but continues to encourage foreign investment, a top U.S. defense official said this week.

“If you have a deal that is in the interest of the U.S. economy and does not impinge on national security, we will approve it,” said Brett Lambert, the Pentagon’s representative on an interagency committee that reviews foreign takeovers.

Lambert, who retires Saturday after four years as the deputy assistant secretary of defense for manufacturing and industrial policy, bristled at the suggestion that the Committee on Foreign Investment in the United States (CFIUS) was making it difficult for foreign investors to acquire U.S. companies.

“It’s completely the opposite,” Lambert told Reuters in an interview on Tuesday.

He said foreign interest in U.S. companies remained high, given the continued importance of the U.S. defense market despite recent budget cuts, and said he expected the number of foreign transactions reviewed by CFIUS to double in coming years from more than 100 last year.

He acknowledged that the Defense Department and other agencies involved in the CFIUS review process were often taking longer to review transactions but said that was largely because of the increasing complexity of the transactions.

Lambert said high-profile cases that were rejected tended to generate headlines but the majority of cases were approved, including some with conditions.

He declined to discuss specific CFIUS cases under review, including a $4.7 billion bid by a Chinese company to take over Virginia-based pork producer Smithfield Foods Inc.

The most recent CFIUS report to Congress showed that the committee reviewed 111 transactions in 2011, of which 40 were investigated under a longer 45-day review. Six of the notices were withdrawn. Data for 2012 has not been released.

In February, CFIUS approved the $15.1 billion purchase of Canadian oil firm Nexen Inc by China’s state-owned CNOOC Ltd., although it imposed conditions limiting its operation of wells in the Gulf of Mexico.

CFIUS rejected a bid by another Chinese-owned company, Ralls Corp, to build wind farms near a U.S. military site in Oregon, but the company has challenged that decision in court.

Lambert said the Nexen case showed U.S. authorities were willing to work with companies seeking to invest in the United States as long as they showed a willingness to compromise. “We can come to accommodations. We will work with the companies but they have to respect our national security concerns.”

Lambert said foreign companies seeking to invest in the United States should hire lawyers who had already shepherded other deals through the process.

He said government officials also welcomed contact with companies involved in mergers or acquisitions, noting that senior officials in the proposed merger of Europe’s EADS, the parent of Airbus, and Britain’s BAE Systems had been forthcoming about their plans.

Lambert co-founded a national security consultancy, DFI International, in 1989 and then sold it in 2007 to Detica, a London-based firm that was subsequently taken over by BAE Systems. He said he reviewed the CFIUS files on the DFI sale after coming to the Pentagon to understand the process better from the government’s point of view. 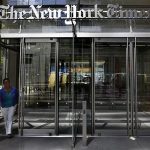 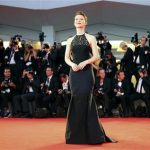 New campaigner Ryan under fire from hecklers and Obama 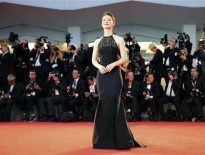 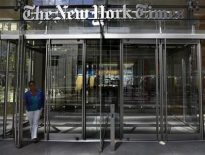