WASHINGTON (AP) — One of the most highly anticipated U.S. jobs reports in months might also prove to be among the most puzzling. 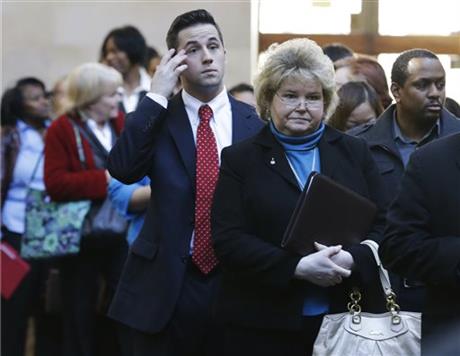 In this Wednesday, Jan. 22, 2014, photo, job seekers line up to meet prospective employers during a career fair at a hotel in Dallas. The government issues the January jobs report on Friday, Feb. 7. 2014. (AP Photo/LM Otero)

Friday’s report on hiring during January follows signs of economic weakness in the United States and overseas that have sent stock prices sinking. Upheaval in developing countries has further spooked investors. All the turmoil has renewed doubts about the Federal Reserve’s next steps.

Solid job gains and a healthy decline in the unemployment rate could reverse much of the pessimism. They would suggest that recent reports of tepid job growth and other economic weakness were merely temporary. Dismal hiring, though, would inflame fears that the U.S. economy has begun to falter.

Finally, a cutoff of extended unemployment benefits in December might have caused an artificial drop in January’s unemployment rate. That could give a misleading snapshot of the job market’s health.

Economists forecast that employers added 170,000 jobs in January and that the unemployment rate remained at 6.7 percent, according to FactSet. That would mark a significant improvement from December’s gain of just 74,000 jobs. December’s figure was far below the average gain of 214,000 a month in the previous four months. Bad weather likely weighed on December’s job total, economists said.

The unexpectedly weak report for December was soon followed by other poor economic news.

On Monday, an industry survey found that manufacturing grew much more slowly in January than in December. A measure of new orders in the report sank to the lowest level in a year. That report contributed to a dizzying 326-point plunge in the Dow Jones industrial average.

Also Monday, automakers said sales slipped 3 percent in January. And last week, the government said orders to U.S. factories fell in December. So did signed contracts to buy homes, according to the National Association of Realtors.

All the anxiety marks a reversal from a few weeks ago, when most analysts were feeling hopeful about the global economy. U.S. growth came in at a sturdy 3.7 percent annual pace in the second half of last year. The Dow Jones industrial average finished 2013 at a record high. Europe’s economy was slowly emerging from a long recession. Japan was finally perking up after two decades of stagnation.

Yet there has also been discouraging news from overseas. A gauge of China’s manufacturing fell to a six-month low in January. And a report Wednesday said retail sales in the 18 European countries that use the euro fell in December by the most in 2½ years.

For all that, most economists remain relatively optimistic about U.S. growth. They attribute the recent weakness in the United States in part to unseasonably cold weather, which disrupted trucking and shipping. Few Americans want to test-drive cars or search for a new home in poor weather.

The U.S. economy should still expand at a 3 percent pace this year, according to most estimates. That would likely be fast enough for the Fed to continue winding down its monthly bond purchase program. The Fed is buying $65 billion in bonds this month to try to keep interest rates low and encourage borrowing and spending. It has pared those purchases from $85 billion in December. Fed officials have said they will likely end the purchases by year’s end if the economy improves further.

And a survey of service sector companies, including retailers, banks and restaurants, found that they grew faster in January than in December. The service companies, which represent about 90 percent of all private firms, also stepped up hiring, the survey found. 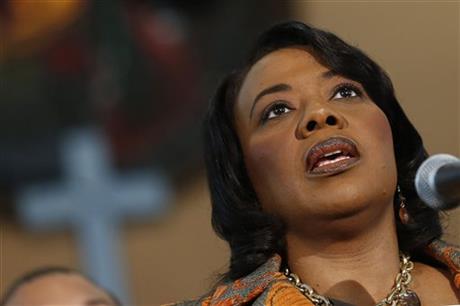 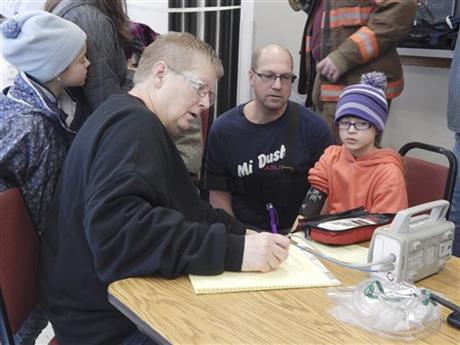