(Reuters) – Emmy-winning TV comedy “30 Rock” bowed out after seven seasons on Thursday with bittersweet farewells but giving all its zany characters a happy ending.

The satirical show-within-a-show about the inside workings of a fictional television sketch series saw Tina Fey’s hapless writer Liz Lemon try to round up her unruly cast for a last hurrah.

The show’s simpleton page-turned-janitor Kenneth Parcell (Jack McBrayer) finds himself in his element with his sudden promotion to head of television network NBC.

But under the jokes, the cast showed some real emotion in Thursday’s hour-long series finale.

“There’s a reason people don’t say honest goodbyes. It’s because when stuff is coming to an end, people freak out and they act crazy,” Liz tells Tracy.

Despite small audiences, “30 Rock” became a cult favorite, while Liz has been a hero for single geeky women as she tackled the male-dominated world of network television, with phrases such as “what the what,” “blerg” and “I want to go to there” becoming popular.

The show’s finale comes after perpetual unlucky-in-love Liz finally got her happy ending earlier in the season with her marriage to hot dog vendor Criss Chross (James Marsden) and they adopt two children.

But after grappling with the trials of being a stay-at-home mother, Liz and Criss agree to swap roles and she returns to work.

Thursday’s show also saw the return of guest stars Julianne Moore and Salma Hayek as Jack’s ex-girlfriends, Conan O’Brien as one of Liz’s ex-boyfriends, along with appearances from “Law & Order: Special Victims Unit” stars Ice-T and Richard Belzer and Nancy Pelosi, the Democratic leader in the U.S. House of Representatives, as herself.

“30 Rock” was inspired by Fey’s stint as head writer for “Saturday Night Live.” It has won multiple Emmys since its 2006 premiere but has always suffered from low audience ratings.

In honor of the show’s finale, ice cream brand Ben & Jerry’s announced a new flavor, the “Liz Lemon Greek Frozen Yogurt,” which will be available this spring.

“30 Rock,” which is aired in more than 20 countries around the world, has skyrocketed Fey’s career, and she has appeared in films including “Baby Mama,” “Date Night” and the upcoming “Admission.”

Both Fey and Baldwin won the best TV comedy actor and actress accolades at the Screen Actor’s Guild awards last Sunday, with Baldwin tweeting, “What a nice note for @nbc30rock to end on.” 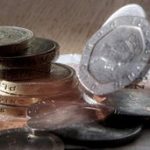 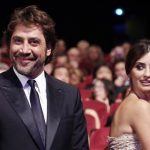 Airline travelers are not being screened for Ebola 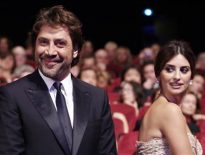 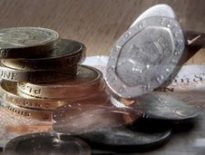