(Reuters) – A gala week of designer fashion shows kicked off on Thursday in New York, where insiders said to expect everything from fringe and shearling to pared-down monochrome on styles coming down the runways. 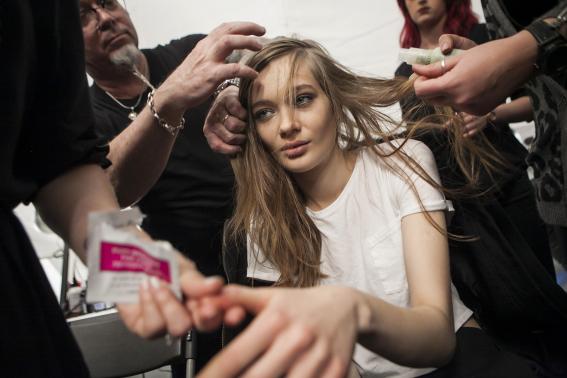 Nicholas K, a brother-and-sister design team based in New York, was first out of the chute at the official Fashion Week, staged at Manhattan’s Lincoln Center, with oversize anoraks and folded, draped sweaters in somber hues of midnight blue, gray heather and indigo, with dashes of burgundy.

Hundreds of designers will be showing their creations for next fall on runways and showrooms across New York through next Thursday, when the week is capped off with shows by powerhouses Ralph Lauren and Calvin Klein.

Fashion Week comes around every six months in New York, followed by weeks of fashion shows in London, Paris and Milan.

New York’s Fashion Week draws some 232,000 people to more than 500 shows, according to statistics from the mayor’s office. The fashion industry employs more than 180,000 people in New York City.

The looks seemed fitting given the heaps of snow outside, and more snow is forecast for the weekend.

Livening up Nicholas K’s style were one-shouldered bras paired with loose, low-slung drawstring trousers, with plenty of bare midriff in between.

Before, you would have a voluminous top and a more slim bottom. But now, everything has a lot of volume for this season, she said.

The runway looks of BCBGMAXAZRIA were inspired by the landscape and scenery of Louisiana and the bayou, said Lubov Azria, who designs the line with her husband Max Azria, ahead of the show.

It has this southern feel to it, she said.

Ken Downing, fashion director at retailer Neiman Marcus, said he expects to see designs influenced by an array of global cultures, evidenced by leather, shearling and fringe as well as less-embellished single-color dressing.

We’re either going to have something that’s very pared down with a bit of a classic sensibility, or this injection of a very global idea, Downing said. There’s always more than one message on the runway.

This season, we find ourselves lost in an evening reverie, wandering a moonlit Moorish Palace, the expansive halls embedded with tales of enchantment, he wrote in a statement accompanying his show.

Even Desigual’s models were full of smiles, playfully spinning on the catwalk and blowing kisses, a departure from the stony faces and unfocused gazes of models in most shows.

The Spanish brand wrote that its collection reflects love for its hometown of Barcelona and the city’s enduring optimism.

With love comes levity, and this winter feels brighter and less baroque, Desigual wrote of the collection.

Creatures of the Wind designers Shane Gabier and Christopher Peters’ move to New York from Chicago seems to have fine-tuned their edgy brand, giving the collection an urbane look.

Nevertheless there was plenty of their signature whimsy, blocks of bright color and springy prints to offset any newfound restraint. Flashes of color and appliques played off structured pieces, such as a double-breasted black blazer paired with cropped floral pants and a black-and-blue cashmere wrap topping a metallic holographic lace pencil skirt. 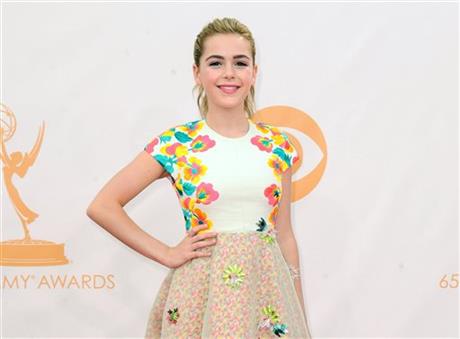 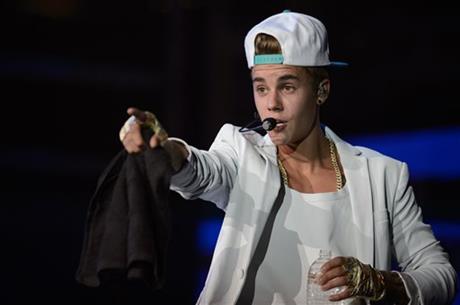