(Reuters) – Nearly three-quarters of Americans, including a majority of those who personally object to extending marriage rights to same-sex couples, say legal recognition of gay marriage is “inevitable,” according to a survey by the Pew Research Center released on Thursday. 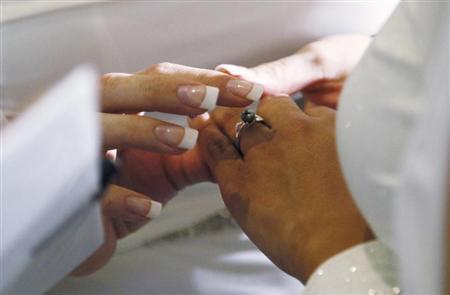 A woman puts a ring on the hand of another woman in a civil union ceremony after Colorado’s civil union law went into effect in Denver May 1, 2013. REUTERS/Rick Wilking

The survey found that just over half of Americans favor giving gays and lesbians the right to marry, while 42 percent oppose legalizing gay marriage.

In March, a Pew survey found 49 percent of Americans favored same-sex marriage and 44 percent were opposed.

“It just keeps ticking up and up and up, and we wanted to register that we’ve crossed that threshold,” Michael Dimock, the director of the Pew Research Center for the People and the Press, said in an interview.

Seventy-two percent of those surveyed said they believed legal recognition of same-sex marriage was inevitable, including 85 percent of gay marriage supporters and 59 percent of opponents.

Dimock said that sense of inevitability about gay marriage is shared by Democrats, Republicans and independents in equal measure, with more than 70 percent of each group expressing that view. “What stood out most to us is this very broad sense that legal recognition of same-sex marriage is inevitable,” he said.

It was not immediately clear how much recent media headlines had influenced this belief, though gay rights advocates have been celebrating a string of landmark victories.

In 2011, President Barack Obama declared gays and lesbians would be able to serve openly in the military and the following year he became the first sitting president to endorse same-sex marriage. Meanwhile, the number of U.S. states allowing gay nuptials has grown from six to twelve since last November.

The U.S. Supreme Court is due to rule soon on a challenge to the Defense of Marriage Act, a 1996 law that restricted federal recognition of marriage to heterosexual couples, as well as a challenge to a 2008 California voter initiative that banned same-sex marriage in the state.

According to the Pew survey, the growing acceptance of homosexuality has gone hand in hand with the increased visibility of gays and lesbians in people’s lives.

Overall, nearly nine in 10 Americans personally know someone who is gay or lesbian, an increase from six in 10 Americans a decade ago. Young people, urbanites, women and less religious people were all more likely to have gay acquaintances.

About half of Americans say a close family member or one of their closest friends is gay or lesbian.

Americans are evenly split over whether homosexual behavior should be considered a sin. Moral considerations and religious beliefs were the main reason given by those who oppose same-sex marriage.

“My religious background taught me that this was something that was taboo and not accepted,” a 62-year-old man whose name was not released told researchers, according to Pew.

The telephone survey of 1,504 adults was conducted from May 1 to May 5 and had a margin of error of plus or minus 2.9 percentage points.

On Tuesday, Pew released a survey of global attitudes toward gays and lesbians and next week it will release its first survey of gay, lesbian, bisexual and transgender Americans. 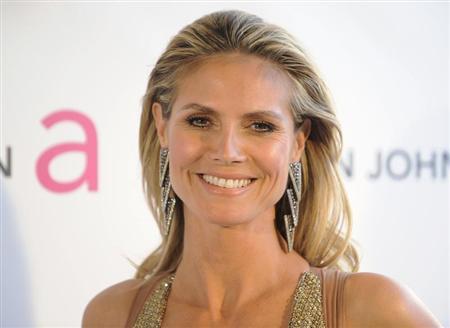 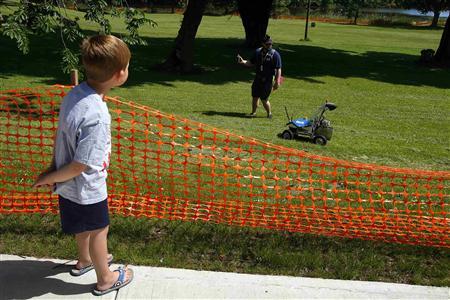