The British have lost faith in religion much faster and more completely than they have lost faith in God. The most recent survey to show this comes from Win/Gallup, which found that Britain appeared one of the most irreligious countries on earth, with only 30% calling themselves “religious”. On the other hand, only 13% said they were atheist – compare this with the Chinese figure of around 60%. It may be that the English, especially, regard atheism as a kind of religion, or at least a manifestation of an unhealthy interest in religious questions. But I think that the explanation is more complex. British Christianity is in trouble because Britain itself is disappearing.

Immigrant religion is still thriving here, whether it is Christian or Muslim. But that is because it has an entirely different relationship to the surrounding culture. Religion comes in at least two sorts: cultural and counter-cultural. The second kind is all about belief. People who are religious in a counter-cultural way know what they believe, and could argue it out with people who disagree. This kind can be extremely strong, and it also draws strength from being in a minority. Someone whose beliefs, and still more clothes or habits cuts them off from wider society can often find their identity intensified and their belief more fervent as a result. Think of the fervour of Jehovah’s Witnesses, ultra-orthodox Jews, or Hare Krishnas in our own society and the steadfastness under persecution of minorities like the Ahmadiyya in Pakistan and Iran.

The second sort is not about conscious belief at all, but about assumptions: the things that everybody knows are true without ever needing to think about them. The American worship of their own constitution is another excellent example. You’d have to be a very strange American indeed to doubt that this was the most important document in political history and the best possible guidance for human life and society. The fact that this belief is quite hard to justify rationally doesn’t diminish its strength at all.

For the past two or three hundred years, at least since the civil war, most British Christianity has been like that. Then, in the last 50 years, it fell off a cliff. In the last 30 years alone attendance at mainstream churches has just about halved. The way this has happened is also important: adults did not stop going to church, but they failed to transmit the habit to their children and now they are dying out. The culture has changed and the Christianity which was so deeply rooted in the old culture has had its roots torn up.

Seventy years ago people in England knew that this was a Christian country, and that really bad people went to hell while good ones went to heaven. Now they know that Christianity is as old-fashioned as empire and that religion is a false source of authority. This has nothing to do with intellectual argument. The intellectual challenge to Christian belief has not advanced an inch since around 1900. What has changed, at least in Europe, is the feeling that it all makes sense.

The prosperous but increasingly powerless states of western Europe may have been uniquely vulnerable to this kind of secularisation. Churches no longer supply the social services that used to keep them going – a partial exception is faith schools in England. At the same time, the narrative of Christian nations within a Christian Europe was underpinnned by a sense of national and continental superiority. Two world wars, the end of empire, and the occupation of the continent by the US and Russia stopped that looking like common sense.

What’s interesting now is whether religion will return. Counter-cultural religions will no doubt thrive. But it seems to be incredibly difficult to make the transition between cultural and countercultural forms. Institutionally, the Church of England is set up to be entirely embedded in the nation around it, from the parish system all the way up to the coronation service. The idea that it could somehow reinvent itself as a religion for outsiders and the marginal may be profoundly Christian, but it is sociologically incredible. The God that the English still more or less believe in is less and less likely to be found in churches, or at least in church services. 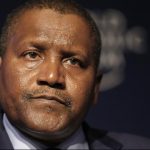 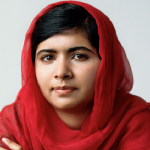 ‘Snow White and the Huntsman’ sequel in the works

Faith no more: how the British are losing their religion 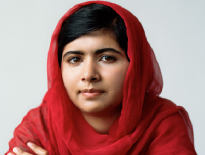 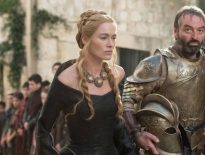 Entertainment ‘Game of Thrones’ review: The wars to come, an…