LAS VEGAS (AP) — The country’s newest Miss USA is leaving a white collar job behind for the glamour and excitement that goes with her new role – and she can’t wait.

Moments after she was crowned at the Planet Hollywood hotel-casino on the Las Vegas Strip Sunday, Connecticut accountant Erin Brady said all she could think about was letting her bosses know she won’t be coming in tomorrow. Or ever again.

As her family and fiancee looked on, Brady beat out other beauties from every U.S. state and Washington D.C. to take the title, accepting the crown from outgoing queen Miss Maryland Nana Meriwether.

She wore an orange bikini with a matching halter-top as she strutted to the Jonas Brother’s “Pom Poms.” Later, she donned a strapless gown with a spangled golden corset and long white train.

In the pageant’s final minutes, she answered without hesitation a question about the U.S. Supreme Court’s decision to uphold widespread DNA tests.

“If someone is being prosecuted and committed a crime, it should happen. There are so many crimes that if that’s one step closer to stopping them, then we should be able to do so,” she said.

Brady later told The Associated Press that she hopes her background will help dispel negative associations held by some toward pageants.

“I think that now more than ever, they’re accepting that we’re all intelligent individuals and that it’s really not a stereotype,” she said.

As Miss USA, she will live in a swanky Manhattan apartment and travel the world raising awareness about breast cancer, but Brady has an additional goal of her own: Helping children cope with the effects of drug and alcohol abuse, which have marked those close to her.

“I grew up in a family influenced by that and I think it’s really important to help the children of families that are suffering from those problems,” she told The Associated Press.

Her father Francis said he always knew his math-oriented daughter was a glamour girl. She and her sisters used to strut around and pretend they were beauty queens.

Her sister Audrey, 20, said with tears in her eyes that her grandmother, who was watching from home, would orchestrate the pretend shows.

The family was taken by surprise two years ago when Brady announced she would be entering the Miss Connecticut competition, but they cheered her on.

“She just went up there on a whim, man. But it was like, `Just go for it. There should be more people like you who are competing, where it’s not all about the hair and the makeup, but personality too,'” Audrey said.

Unlike the rival Miss America pageant, Donald Trump’s Miss USA doesn’t ask its queens to perform a talent or choose a charity mission.

As suspenseful music played on Sunday night before the winner announcement, Brady held hands with first runner up Mary Margaret McCord, of Alabama. McCord could be seen saying, “I love you.” Miss Illinois Stacie Juris was second runner up.

Two of the six judges’ questions on Sunday touched on the controversial data-collection programs run by the National Security Agency brought to light earlier this month.

In both cases, the queens took an unconcerned attitude. Miss South Carolina said the former NSA contractor Edward Snowden who leaked the information should not be charged with treason. Miss Alabama said the programs did not bother her.

The Central Connecticut State University finance major will represent the U.S. at the Miss Universe pageant in Moscow this winter. Last year’s Miss USA, Olivia Culpo, won that international crown, becoming the first Miss USA to ascend to Miss Universe in 16 years. Brady said she is determined to pull of the feat for the U.S. again.

For the next few days, though, she’s just hoping to unwind with a routine that sounded not very different from her training regime: hitting the gym and getting in her beauty sleep. 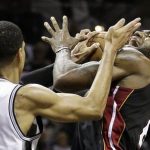 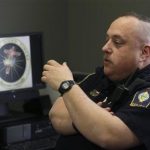 7 Beauty Tips You Can Use To Enhance Your Looks

Analysis: Despite his rhetoric, Romney needs the “47 percent” to win 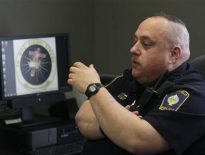 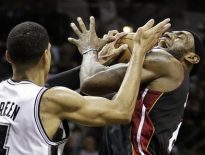