(Reuters) – For NBC’s “Today” show, keeping up with the Kardashians on Tuesday trumped observing a moment of silence marking the attacks of September 11, an American television news tradition observed by every other U.S. broadcast network.

NBC’s “Today” morning program at the same moment broadcast an interview with Kris Jenner, the mother of Kim Kardashian and a cast member of the popular reality show “Keeping Up with the Kardashians.”

NBC has found itself under scrutiny since ABC News’ “Good Morning America” recently snapped a 14-year streak as the top-rated U.S. morning show.

“The Today show dedicated a considerable amount of time to September 11th coverage this morning throughout the entire show,” spokeswoman Megan Kopf told the site. The program included an extensive segment on a 9/11 survivor.

Returning from a commercial break Tuesday morning, “Today” anchor Savannah Guthrie introduced Jenner at 8:45 a.m. and began a discussion about the celebrity’s breast implant replacement surgery, the run-up to which was featured on one of the show’s episodes.

“I gotta say,” Guthrie began, “I know you guys are all for ‘baring it all,’ but is there ever a time where you say ‘OK, we can turn the cameras off now?'”

“You know, I thought it was such a great idea to film that,” she replied about replacing her implants. “It was so important, healthwise, to remind women, you know, check your expiration date!”

Throughout the day, the network morning-show industry hummed with animated discussions about NBC’s unexpected programming.

“Oh…my…God,” one rival “Good Morning America” staffer intoned. “What were they thinking?”

NBC is controlled by Comcast and Fox is owned by News Corp. 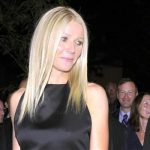 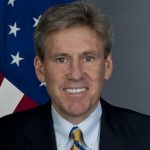 Gunman kills three and himself at Wisconsin salon

NBC skips 9/11 moment of silence, keeps up with Kardashians 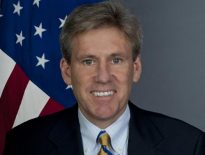 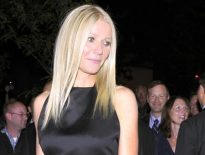