(Reuters) – Ivory Coast is re-emerging as the prime investment destination in French-speaking West Africa after a decade of political turmoil but President Alassane Ouattara must weed out corruption and promote reconciliation to keep cash flowing in. 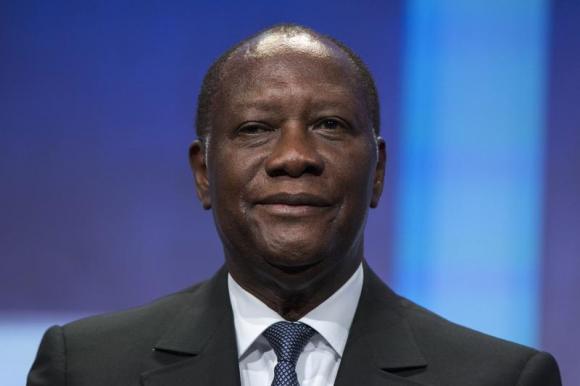 President of Ivory Coast Alassane Ouattara sits on stage in support of a commitment to stop poaching of African elephants announced at the Clinton Global Initiative (CGI) in New York September 26, 2013. REUTERS/Lucas Jackson

Long considered the jewel in the crown of France’s former West African territories, a 1999 coup destroyed the reputation of Ivory Coast – the world’s largest cocoa producer – as an island of stability in a troubled region.

A bloody presidential election in 2000 and a rebellion two years later triggered an exodus of capital that undid decades of development, dubbed the Ivorian Miracle.

With peace finally restored, French construction firm Bouyges (BOUY.PA), oil companies such as Tullow (TLW.L) and Lukoil (LKOH.MM), and South Africa’s Standard Bank (SBKJ.J) are among those flocking to invest.

We lost half of our companies during that time. The level of poverty increased from 10 percent to almost 50 percent, Trade Minister Jean-Louis Billon told Reuters. Now we want to move forward.

A brief civil war in 2011 allowed Ouattara, who won an election that sparked the fighting, to secure the presidency and reunite a nation still divided between a rebel north and government-controlled south despite years of peace overtures.

It posted growth of over 9 percent the past two years and the government is targeting double-digits in 2014 as it seeks to make up ground on neighbouring Ghana, a new oil exporter.

Ivory Coast could become one of the motors of economic growth in Africa again, IMF Managing Director Christine Lagarde told a conference in Abidjan last week that drew 4,000 delegates and more than $800 million in investment pledges.

Large-scale infrastructure projects, shelved during a decade of political deadlock, are springing back to life.

A motorway linking the port of Abidjan to the administrative capital Yamoussoukro opened late last year. Bouyges is pressing ahead with a long-delayed third bridge across Abidjan’s lagoon to unlock congestion.

Heavy investment in electricity generation aims to boost output from 1,600 megawatts to 4,000 by 2020 as Ivory Coast, already a power exporter, seeks to become a regional energy hub.

Donors have thrown themselves behind Ouattara’s reconstruction programme. At a conference in Paris in December 2012 they pledged $8.6 billion – double the amount requested – to improve infrastructure under a 2013-2015 plan.

The International Financial Corporation, the World Bank’s private sector lending arm, wants to invest $1 billion over 2 to 3 years – equal to its total investment in Ivory Coast to date.

Ouattara has pushed through reforms to improve an intimidating business climate. A new business can now be set up in under 48 hours and a commercial court is up and running to arbitrate disputes. Private investors, slow to arrive in the first years after the war, seem ready to take the plunge.

Ivory Coast has many advantages, like a high level of education and its location as a gateway to the region, said Dominique Lafont, CEO of Bollore Africa Logistics (BOLL.PA) which operates port and railway concessions in Ivory Coast. This government is eager to deliver, not just talk.

Bollore, along with partners Bouygues and Maersk (MAERSKb.CO), will invest around 300 billion CFA francs ($618.91 million) in a second container terminal at the port of Abidjan.

Long-neglected in favour of agricultural commodities, mining is taking off with gold and manganese output rising rapidly.

Interest in sectors from agribusiness to transportation and banking is booming. The government relaunched national carrier Air Cote d’Ivoire in 2012, with Air France(AIRF.PA) holding a stake, aiming to restore Abidjan’s place as a regional hub.

The African Development Bank is returning its headquarters to Abidjan after 10 years in Tunis. Citigroup’s (C.N) regional office has moved back from Dakar and Standard Bank plans to open its first West African office here.

I very much hope that 2014 is the opportunity for people to invest in a significant way and join the economic growth and development taking place here, Mark Simmonds, Britain’s Under Secretary of State for Africa, told Reuters in Abidjan.

But not all the news is good. While Ivory Coast was among the world’s top reformers last year according to the World Bank’s Ease of Doing Business index, overall it still ranked 167th behind nations including Afghanistan, Syria and Equatorial Guinea.

Forty percent of all government procurement was awarded via opaque no-bid contracts in 2012 and that figure jumped to 80 percent in the first quarter of 2013. Ministries are dogged by rumours of corruption despite a public policy of zero tolerance.

During the crisis, some very bad habits were acquired and they’re difficult to get rid of, Billon said. We must fight it if we want to protect growth and encourage investors.

Just as worrying is the political future of the country. While Ouattara has succeeded in restoring security and stability, problems linger below the surface. The army and police, hastily cobbled together from rebel and government forces after the 2011 war, have yet to be properly reformed.

The FPI – the party of ex-President Laurent Gbagbo who is in the Hague facing war crimes charges – has boycotted the political process. With presidential elections looming in 2015, millions of Gbagbo supporters continue to feel politically excluded.

With a credible opposition challenge yet to emerge, many see business-friendly Ouattara as a safe bet to win a second term, but there is less clarity further down the road.

The crisis stifled the emergence of a new generation of leaders prepared to take over the running of the country. Ouattara and his dynamic Prime Minister Daniel Kablan Duncan are in their 70s and it is unclear who would replace them.

Optimistic observers point to the rapid progress made in the three years since the war as an indication Ivory Coast is capable of clearing its remaining hurdles. Those who wait will be missing a window of opportunity, they say.

The idea is to help Ivory Coast while they are on the right track, to bet on their success in order to promote that success, U.S. Deputy Assistant Secretary of State for Africa Bisa Williams told Reuters. 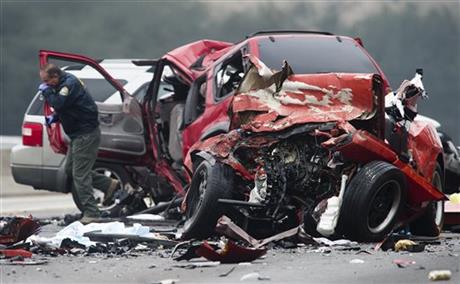 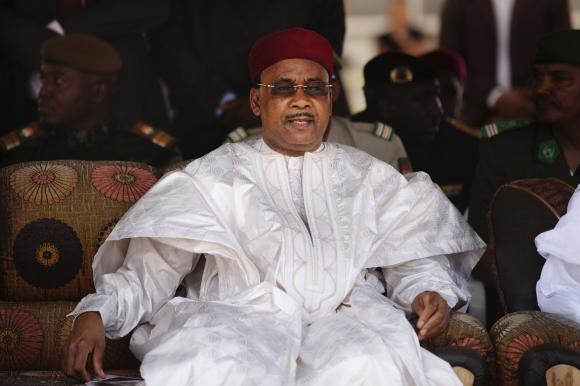