People: Royal couple arrive in Sydney for Down Under tour 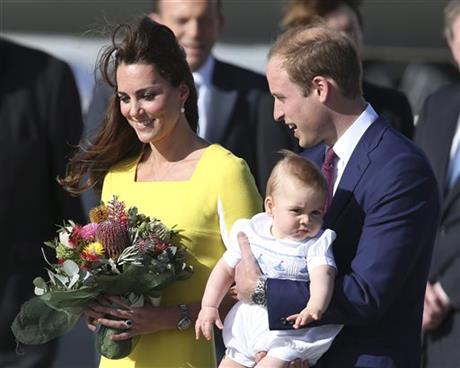 Britain’s Prince William holding his son Prince George and his wife Kate, Duchess of Cambridge, arrive in Sydney Wednesday, April 16, 2014. The royal couple are on a three-week tour of Australia and New Zealand, the first official trip overseas with their son, Prince George. (AP Photo/Rob Griffith)

SYDNEY (AP) — Britain’s Prince William, his wife, Kate, and their baby son, George, arrived in sunny Sydney on Wednesday to the cheers of thousands of fans as they kicked off their tour of Australia.

The Duke and Duchess of Cambridge landed in Sydney after wrapping up a 10-day trip around New Zealand. They were greeted by various dignitaries, including Prime Minister Tony Abbott, before being whisked off to the city’s famed Opera House.

Crowds of screaming fans, some waving Australian flags, lined the pathway around the Opera House to catch a glimpse of the couple as they walked up the iconic building’s steps. The pair paused briefly to take in the views of the sun-dappled harbor and Harbour Bridge before heading inside for a welcome reception.

The royal family is on a three-week tour of New Zealand and Australia.

While in Australia, they will visit the Blue Mountains west of Sydney, meet some local wildlife at the city’s harborside zoo, and travel to Uluru, the iconic Outback sandstone monolith that’s also known as Ayers Rock.

People: Royal couple arrive in Sydney for Down Under tour 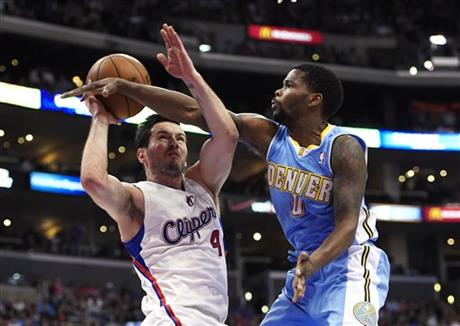 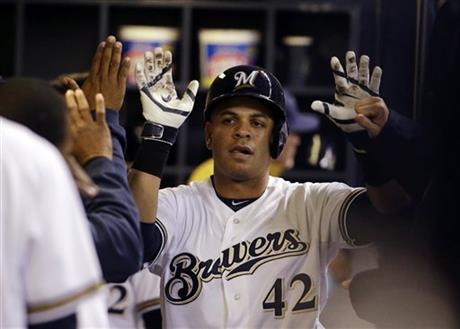