She’s around six months pregnant with her third child.

The 35-year-old wore a pair of skintight cutoff shorts as she headed to brunch in Calabasas with boyfriend Scott Disick and two-year-old daughter Penelope.

Nevertheless, the brunette looked stylish and paired the garment with a black T-shirt – which fit snugly over her growing belly – Chanel espadrille flats and a wide-brimmed bowler hat.

Her long brunette locks were left down under her hat and she swept them over one shoulder, finishing her look with fashionable round sunglasses.

Little Penelope held her mother’s hand and was dressed in a pretty jersey top with puff sleeves and black capris.

It appeared the tot had enjoyed her meal as she sported mucky finger marks on her top and clutched a take away bite to eat.

Entrepreneur Scott, 31, followed his girls from the eatery as they headed back to their vehicle and onto their Calabasas home.

He looked casual in blue shorts and a grey T-shirt, shading his face with a black baseball cap.

Meanwhile, InTouch Weekly claimed on Wednesday that Kourtney, who is also mother to son Mason, four, is having another girl.

‘They just found out,’ a source told the publication. ‘Kourtney is so thrilled. She had wanted a girl from the very start. Kourt knows her new baby girl will be a perfect playmate for Penelope, and for Mason too.’

On the September 1 episode of KUWTK, real estate heir Scott said he never married Kourtney because of ‘the pressure.’

‘There’s a lot of pressure and everybody is watching you,’ the preppy ‘Lord’ Disick told Kendall Jenner.

‘That’s one of the reasons I think me and Kourtney don’t get married. It’s too much.’

The longtime couple will star on the KUWTK spin-off Kourtney and Khloé Take The Hamptons, premiering this November on E! 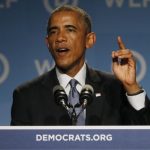 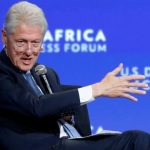 Bill Clinton says must ‘do whatever it takes’ to fight Ebola

ANC rebel calls for national mine strike in S.Africa 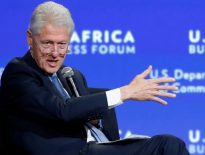 Health Bill Clinton says must ‘do whatever it takes… 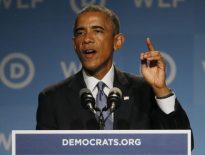