(Reuters) – J.K. Rowling’s first foray into adult fiction was bound to be compared to her wildly successful Harry Potter series, and, while “The Casual Vacancy” has earned mixed reviews, for some critics the magic has worn off.

The Casual Vacancy, which hits the shelves on Thursday, looks destined for the top of the bestseller lists whatever the reaction, with Rowling’s celebrity status guaranteeing public anticipation and media attention in equal measure.

In the New York Times, Michiko Kakutani likened some of Rowling’s small-minded, snobby characters to the odious Dursley family from the Harry Potter tales.

“One can only admire her gumption in facing up to the overwhelming expectations created by the global phenomenon that was Harry Potter,” Kakutani wrote.

“Unfortunately, the real-life world she has limned in these pages is so willfully banal, so depressingly cliched that ‘The Casual Vacancy’ is not only disappointing — it’s dull.”

Other critics were less damning, however, and several reviews in British and U.S. newspapers argued that, while not great, Rowling’s eagerly anticipated break from the world of child wizards and witches was good.

“The Casual Vacancy is no masterpiece, but it’s not bad at all: intelligent, workmanlike, and often funny,” said Theo Tait in the Guardian newspaper.

“The worst you could say about it, really, is that it doesn’t deserve the media frenzy surrounding it. And who nowadays thinks that merit and publicity have anything do with each other?”

Book stores opened early in London to deal with anticipated demand, and the print run in the United States alone is reported to be two million copies.

That build up is understandable. The series-concluding “Harry Potter and the Deathly Hallows”, which appeared in 2007, became the fastest-selling book in history. More than 450 million copies of the seven Potter books have sold worldwide.

The Casual Vacancy is set in a small English town called Pagford, where class prejudices are played out and Rowling exploits her post-Potter freedom by tackling themes of drug addiction, teenage sex and violent domestic abuse.

The plot is set in motion by the death of Barry, which creates a “casual vacancy” on the local municipal (“parish”) council and gives his opponents an opportunity to offload a nearby run-down housing estate on to a neighboring district and be done with its seedy inhabitants.

Andrew Losowsky of the Huffington Post website, said Rowling’s foray into adult fiction was worth publishing, but perhaps did not match the giddy anticipation surrounding its release.

“Would this book be published if it weren’t for the name on the cover? Almost certainly. Would anyone pay much attention to it, and its message? Probably not.”

But he also argued that Rowling should not give up on adult fiction, even though the 47-year-old Briton has declared that her next book is most likely to be another children’s story.

“Though some sequences feel a few drafts short of being ready, others are written with a fluency and beauty that suggest that there could be more and better works to come from her pen.”

In The Independent newspaper, Boyd Tonkin believed Rowling was at her best when describing the younger characters.

“The teens of Winterdown belong in a bolder, richer book than some of the parental caricatures,” he said. “All the social and hormonal turbulence that the later Potter volumes had to veil in the euphemisms of fantasy appear in plain sight here.”

“While Rowling gives due respect to the poorer, damaged characters, higher up the social scale she is busy carving grotesques,” wrote Allison Pearson in a three-star review.

Although Rowling is dubbed the world’s first author billionaire, she started her literary life in the 1990s as an unemployed single mother living on state benefits who struggled to find a publisher. She is a long-time Labor Party supporter.

Perhaps the conclusion Rowling will least want to read came from Monica Hesse in The Washington Post.

“Throughout ‘The Casual Vacancy’ I could not stop from having one overarching thought, which the devoted fan in me loathes to share since I’m certain it’s the one Rowling is most loath to hear: This book would be a little better if everyone were carrying wands.” 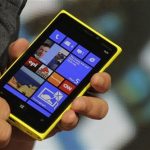 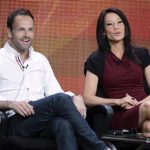 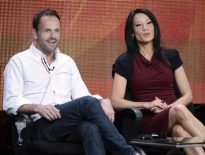 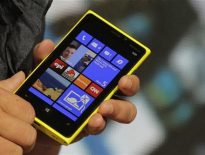