SALT LAKE CITY (AP) — There was no fist-pumping or wild celebrations by the polygamous family that stars in the TLC reality TV show “Sister Wives” when a federal judge in Utah struck down key parts of the state’s polygamy laws. 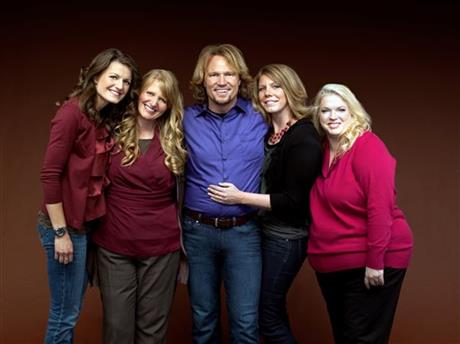 FILE – In this file publicity photo provided by TLC, Kody Brown, center, poses with his wives, from left, Robyn, Christine, Meri and Janelle, in a promotional photo for the reality series, “Sister Wives,” which aired in March, 2011. When the polygamous family learned in December 2013 that a federal judge in Utah struck down key parts of the state’s polygamy laws, Brown and his four wives said they cried and felt deeply emotional. The family says they are grateful for the ruling, but said winning the lawsuit they brought against Utah in July 2011 doesn’t ease the pain caused by the significant personal sacrifices they made when they fled the state for Las Vegas under the threat of prosecution. (AP Photo/TLC, George Lange, File)

In an interview with The Associated Press, Kody Brown and his four wives said they felt humbled and cried when they heard in mid-December the judge ruled in their favor in a lawsuit they brought against Utah in July 2011 after they fled the state for Las Vegas under the threat of prosecution.

“The first thing I thought about was all those families that for 100 years had lived and loved in obscurity, just in secrecy,” said Kody Brown in a phone interview from Las Vegas. “Not being able to claim their family or openly love one another.”

Kody and his wives — Meri, Janelle, Christine and Robyn — said they hope the landmark ruling stands and enables other polygamous families in Utah to live open and free without fearing prosecution.

“It’s been incredible not having to live in fear anymore and being able to fully claim who we are,” said Christine Brown, Kody’s third wife. “We wish that for every plural family out there.”

The Utah attorney general’s office has not yet decided if they will appeal the ruling, said spokesman Ryan Bruckman. The state’s new attorney general, Sean Reyes, has been in office for less than two weeks.

Jonathan Turley, the Browns’ Washington, D.C.-based attorney, said he’s been told Utah will appeal. He said he’s eager to defend the ruling before the 10th U.S. Circuit Court of Appeals.

U.S. District Judge Clark Waddoups said in the decision handed down on Dec. 13 that a provision in Utah’s bigamy law forbidding cohabitation with another person violated the First Amendment, which guarantees the freedom of religion.

The ruling decriminalizes polygamy, but bigamy — holding marriage licenses with multiple partners — is still illegal. Utah’s law was considered stricter than the laws in 49 other states because of the cohabitation clause. If the ruling stands, Utah’s law would be identical to most other states that prohibit people from having multiple marriage licenses. In most polygamous families in Utah, the man is legally married to one woman but only “spiritually married” to the others.

There are an estimated 38,000 fundamentalist Mormons who practice or believe in polygamy, most living in Utah and other Western states.

Polygamy is a legacy of the early teachings of the Mormon church but has no place in modern Mormonism, church officials said in a statement. The Salt Lake City-based Church of Jesus Christ of Latter-day Saints abandoned polygamy in 1890 and it strictly prohibits the practice today for its 15 million members worldwide.

Though some have correlated the Browns fight to decriminalize polygamy with efforts to legalize gay marriage, the Browns don’t see the two as being the same.

“Though we support the choices of other people organizing their families however they choose, our argument has always been very different,” Kody Brown said. “What we’ve been looking for is simply to live free and to be able to live our religion without the threat of prosecution.”

The family says they never intended to challenge Utah’s polygamy law in court when they decided to do the show. Janelle Brown, Kody’s second wife, said they wanted to dispel the negative stereotype of polygamous families.

“We were tired of Warren Jeffs being the only image people had of polygamy,” she said.

One of the most infamous polygamists, Warren Jeffs, is serving a life sentence in Texas for sexually assaulting two underage girls he considered his brides. Jeffs still rules a sect of fundamentalist Mormons on the Utah-Arizona border from jail.

The Browns are now living in four new houses in a Las Vegas cul-de-sac. That’s where TLC films episodes of the show, which debuted in 2010 with footage of the family at their house in northern Utah.

But despite an arrangement that looks comfortable to many, Kody Brown said they miss living in the large house they called home in Utah. In fact, they miss Utah dearly.

They said leaving the state they still consider home has left many scars for them and their children. They fled in January 2011 after local prosecutors opened a criminal bigamy investigation after the first episodes aired.

They left jobs, a home designed especially for their large family and a culture they knew well. The hardest part about living in Las Vegas, they said, is not being able to worship with their fellow fundamentalist Mormons who practice or believe in polygamy. They hold worship services at home.

“We are doing the best we can in our exile,” Kody said.

They hope to someday return home to Utah, but said they aren’t considering that move yet. That could be the topic of a future family meeting where decisions aren’t easy to reach with five heads of the households and 17 children, several who are young adults and want in on the discussion.

How do they manage to keep everyone happy with the decisions?

“We do a lot of praying,” said Kody Brown, “and a lot of negotiation. 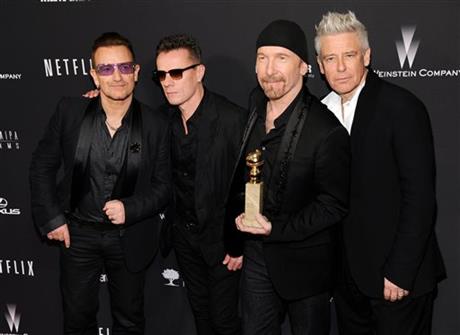 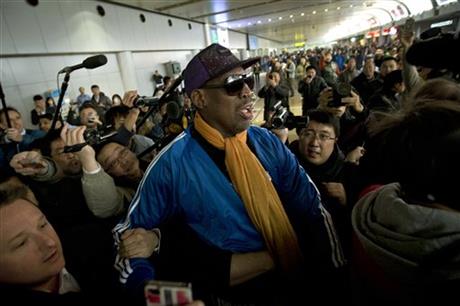 News Rodman apologizes for not helping US missionary
Wildcard SSL