NEW YORK (AP) — The choice of South African comic Trevor Noah as Jon Stewart’s replacement on The Daily Show advances an intriguing new trend of late-night comic hosts with a more worldly perspective while continuing the longer-running pattern of keeping those jobs filled with men.

Comedy Central announced Monday that the 31-year-old Noah will take over from Stewart, who said last month that he will exit the show that has made him a key part of the news and cultural landscape since 1999.

Noah follows James Corden — also little-known, also from overseas — who recently began as host of CBS’ Late Late Show host. Corden is British, as is John Oliver, a veteran of The Daily Show who began a well-regarded late-night show on HBO last year.

It says the world is a much smaller place than it used to be, said Michele Ganeless, Comedy Central president. I think people will connect with him regardless of where he was born and where he grew up, as a citizen of the world.

Although he’s not from the United States, Noah said in an interview Monday that he’s lived in the country and I’ve learned to love the place. I’ll bring something different because I am different.

He’s made a handful of appearances on The Daily Show already. His first, last December, had him joking with Stewart about widespread American misconceptions about Africa. He joked that his friends in South Africa worried that he could catch Ebola traveling in the United States — South Africa hasn’t had a case of the disease in 18 years — but that it would be small-minded not to travel in the U.S. because of the danger.

He referred to the hands up gesture that was a symbol of protesters in Ferguson, Missouri, saying, I never thought I’d be more afraid of police here than in South Africa. It kind of made me nostalgic for the old days back home.

Noah wasn’t saying what kind of changes he’d make to the show, known for its bitingly satirical look at the news and how it is covered. But he signaled that he is coming in as part of a strong team. Stewart, similarly, joined a show with an existing format in 1999 and put his own stamp on it.

It’s a fantastic team of writers and producers working to make that show magic, Noah said. I get to be a part of that now as the host and a face, sharing that space with my fellow correspondents. I feel really confident. All I needed in my life was Jon’s blessing.

He received that endorsement. Still to be determined is what, if any, behind-the-scenes role Stewart will have in the show after he leaves, Ganeless said.

In a matter of months, Comedy Central will be completely remaking its signature block of programming and giving the lead roles to a young comic born of a white, Swiss father and black woman from South Africa, and veteran African-American comic Larry Wilmore. Wilmore began in January as Stephen Colbert’s replacement.

Stewart has said he will be leaving The Daily Show later this year although he hasn’t set a firm sign-off date.

While Noah’s appointment intrigued many fans on social media on Monday, there was some disappointment expressed in the continuing difficulty women have had breaking into the club. Noah will join a crowded male-dominated scene with Jimmy Fallon, Jimmy Kimmel, David Letterman (soon to be replaced by Colbert), Corden, Seth Meyers, Wilmore, Conan O’Brien and Andy Cohen. TBS’ cancellation of George Lopez’ late-night show left the landscape without a Latino host, either.

A Quinnipiac University poll earlier this month found that Tina Fey was the choice of more Americans than any other as Stewart’s replacement. There was no indication that Fey, who is making a comedy series for Netflix, was interested or even considered.

We talked to women and we talked to men, and we really think we found the best person for the job in Trevor, Ganeless said.

Samantha Bee of The Daily Show recently signed a deal with TBS to develop a late-night show, but it has no set premiere date. Chelsea Handler, who left her Chelsea Lately show on E! Entertainment last summer, is developing a new talk show for Netflix.

In South Africa, the announcement made breaking news on a national television news station. On social media, Noah’s name became a trending topic within minutes, with some Twitter users saying he not only represented South Africa, but also the African continent.

This is a big achievement not only for South Africa but the continent, the party said in a statement.

I’m sure he’ll turn it into his own thing, said South African comedian Loyiso Gola, who now also hosts an International Emmy-nominated local news satire show. As comedy grew in South Africa after apartheid, Noah and his fellow comedians began selling out large venues, and soon began touring internationally. Out of a lot of guys I know in comedy, he probably works the hardest, Gola said. 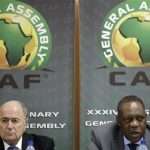 Blatter back among friends: Africa ready to show its support 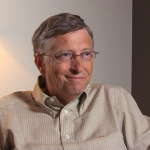 Chelsea FC becomes first team to pay the living wage of £9.15 an hour in London

1913: When Hitler, Trotsky, Tito, Freud and Stalin all lived in the same place

Cyprus crisis: Moscow will not bail out Russian savers

Selena Gomez’s Flirty Eye Makeup at the Teen Choice Awards: All the Details 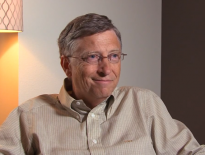 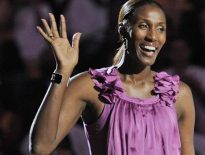