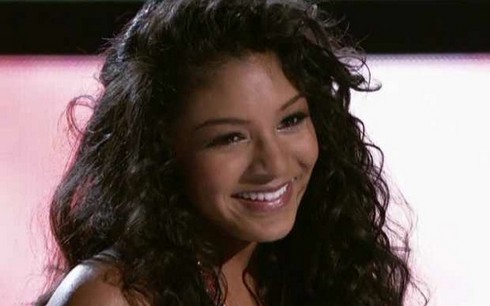 On the Feb. 20 episode of The Voice, the fourth part of the blind auditions round, the pressure was on as the judges began rounding out their teams. With only one week to go, the stakes were higher than ever. There were some great performances in this episode, but not everyone could make the cut. And again, in true The Voice fashion, every contestant had their own story to tell, each more touching than the last. Read on for highlights from tonight’s episode.

Chicagoan Jamie Lono can forget about serving sandwiches! The 22 year old, who had half of one lung removed as a child due to pneumonia, blew away the judges with his soulful rendition of the Johnny Cash classic “Fulsom Prison Blues.” Adam Levine and Cee Lo Green pushed their buttons, ready to fight for him. Jamie was so polite and unassuming, I just kept waiting for him to say, “Aw, shucks.” In the end, Jamie chose Cee Lo as his coach.

23-year-old Charlotte Sometimes had no trouble winning over the judges. Despite nearly losing her jaw as a child, the New Jersey native gave an incredibly layered performance of One Republic‘s “Apologize” that had all four judges begging her to join their teams. Charlotte ended up going with Blake Shelton. Personally, I wasn’t expecting her to sound the way she did, and I really liked the raw, Fiona Apple-esque quality to her voice.

Street musician Naia Kete was another surprise of the night. The dreadlocked 21 year old gave a simple but impressive performance of “The Lazy Song” by Bruno Mars, “soothing” Cee Lo and “exciting” Blake. Though she admitted to being a bigger fan of Cee Lo, Naia ultimately went with her gut and chose Blake.

Host Carson Daly was rooting for Justin Hopkins, a former member of his house band with the most adorable daughter. The 30-year-old family man was hoping to earn himself a spot on Cee Lo’s team, and got his wish when the “Forget You” singer turned around during his performance of “Babylon.”

Ready to take the next step in his career, Broadway rocker Tony Vincent decided to audition for The Voice. The inked-out 37 year old, who previously worked with the likes of Queen and starred in Rentand Jesus Christ Superstar, impressed the judges with his passion and intensity. Singing — what else? — Queen’s “We Are the Champions,” Tony won a spot on Cee Lo’s team.

Anthony Evans managed to step out from under his famous father’s shadow with his smooth audition. The 33 year old, whose father, Dr. Tony Evans, is a Christian pastor and personality, sang “What’s Going On” for the judges. No one was biting at first, but Christina Aguilera turned around for him at the last minute.

Lastly, 18-year-old Mathai gave up medical school for a career in music, so she had a lot riding on her audition. The Dallas native capped off the night with a performance of Adele‘s “Rumor Has It” that caught the attention of Adam, Cee Lo and Blake. All three judges clearly saw star power in the sassy and confident youth, and weren’t about to give her up without a fight. She finally settled on Adam. While her voice could use some work, there’s no denying she has the “it factor” that could take her all the way in this competition!

What do YOU think, HollywoodLifers? Who was your favorite performer of the night?

‘The Voice’ Recap: Is ‘Sassy’ 18-Year-Old Mathai The Next Big Thing?