WASHINGTON — President Obama on Tuesday praised researchers for their progress in developing a potential vaccine for Ebola and called on Congress to pass $6.2 billion in emergency funds to fight the virus, warning, We cannot beat Ebola without more funding. 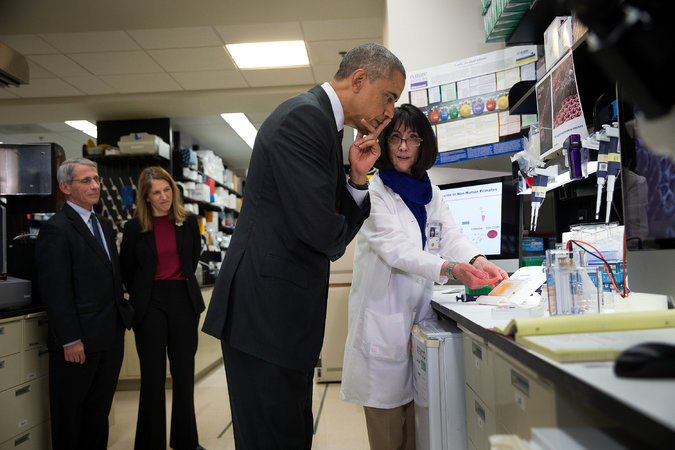 With no new cases recently diagnosed in the United States, Mr. Obama used a visit to the National Institutes of Health to keep a spotlight on the crisis. Scientists there recently published promising results from early clinical trials of an experimental vaccine.

Lawmakers from both parties have supported financing to upgrade treatment centers in the United States and in West Africa, where the outbreak spread through Liberia, Guinea and Sierra Leone.

But with the House and Senate still not able to agree on how to fund the federal government past December, some experts worry that lawmakers could try to cut back the money.

Existing funds are running out, Mr. Obama said, and he urged Congress to act before Christmas. Let’s get it done, he said, adding that money for Ebola should not be subject to normal politics.

We cannot just fight this epidemic, the president said to an audience of doctors, researchers and patients at the institute’s sprawling campus in Bethesda, Md. We have to extinguish it.

On Friday, the National Institute of Allergy and Infectious Diseases reported that an experimental vaccine it developed, along with the pharmaceutical giant GlaxoSmithKline, had produced good results in tests with 20 healthy adults, who developed antibodies against Ebola.

The volunteers did not show serious adverse side effects from the drug, although two briefly developed a fever within a day of taking it. In a news release, the institute said the positive results from these first human trials warranted an accelerated program of clinical trials.

Last week’s news is still a first step, the president said. There are no guarantees.

Before his speech, Mr. Obama was given a tour of an Ebola laboratory by Anthony S. Fauci, the director of the institute, and Nancy J. Sullivan, a senior researcher on Ebola at its Vaccine Research Center. Dr. Sullivan showed the president a set of slides on a computer screen. He told her he had brushed up on my organic chem, and I’m ready to go.

Tony and I were fondly reminiscing about SARS and H1N1, Mr. Obama joked, referring to severe acute respiratory syndrome and Avian influenza, two highly contagious airborne diseases that were nevertheless less deadly among humans than Ebola. That’s what these guys do for fun.

Mr. Obama claimed significant progress in fighting Ebola since October, when he named Ron Klain to coordinate the federal response after the administration was criticized for being slow-footed in its reaction to the first cases in the United States.

There were just three designated Ebola treatment centers in the nation two months ago, he said; now there are 35 centers, with 53 beds. Two months ago, only 13 states could test for Ebola. Today, 42 laboratories in 36 states can test for it. The success of the first-phase clinical trial here opened the door to much larger clinical trials in West Africa.

In Liberia, Mr. Obama said, 3,000 American service members built and opened three Ebola treatment centers and a hospital, which discharged its first two patients, free of the virus, late last month. Troops also worked with Liberians to make burial practices safer. As a result, he said, the overall infection rate in the country has declined.

Still, Mr. Obama tried to keep a sense of crisis. The outbreak continues to spread in Sierra Leone, where Britain is coordinating relief efforts, and cases have been reported in other West African countries, like Mali. As long as the virus is not eradicated at its source, he said, the United States could be susceptible to isolated cases.

The fight is not even close to being over, he said. 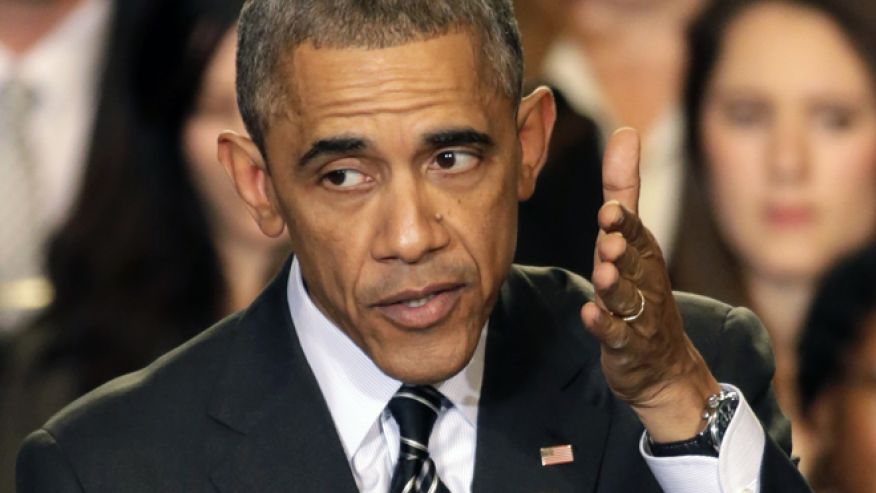 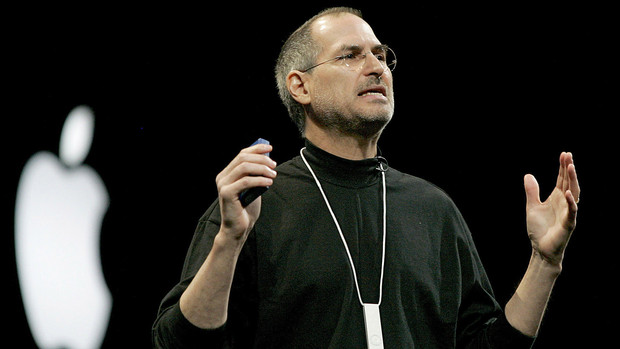