MONROVIA, Liberia (AP) — Ebola still has the upper hand in the outbreak that has killed more than 1,400 people in West Africa, but experts have the means to stop it, a top American health official said during a visit to the hardest-hit countries.

Dr. Tom Frieden, director of the U.S. Centers for Disease Control and Prevention, was in Liberia on Tuesday and later planned to stop in Sierra Leone and Guinea. Nigeria also has cases, but officials there have expressed optimism the virus can be controlled.

Lots of hard work is happening. Lots of good things are happening, Frieden said at a meeting attended by Liberian President Ellen Johnson Sirleaf on Monday. But the virus still has the upper hand.

Even as Liberia has resorted to stringent measures to try to halt Ebola’s spread, frustration mounted over the slow collection of bodies from neighborhoods of Monrovia. A group of residents attached plastic ties to the wrists and ankles of one suspected Ebola victim and dragged his corpse to a busy street.

Authorities have decreed that all the dead must be collected by government health workers and cremated because contact with bodies can transmit the virus.

There is no proven treatment for Ebola, so health workers primarily focus on isolating the sick. But a small number of patients in this outbreak have received an experimental drug called ZMapp. The London hospital treating a British nurse infected in Sierra Leone, William Pooley, said he is now receiving the drug.

It was unclear where the doses for Pooley came from. The California-based maker of ZMapp has said its supplies are exhausted.

Two Americans, a Spaniard and three health workers in Liberia have received ZMapp. It is unclear if the drug is effective. The Americans have been released from the hospital, but the Spaniard died, as did a Liberian doctor.

In Nigeria, two more Ebola patients were declared to have recovered and were released from hospital, Health Minister Onyebuchi Chukwu said Tuesday. Five people have died of the disease in Nigeria, while a total of seven have recovered. One person remains in the hospital in an isolation ward, Chukwu said.

Meanwhile, the World Health Organization announced that it is pulling out its team from the eastern Sierra Leonean city of Kailahun, where an epidemiologist working with the organization was recently infected. Daniel Kertesz, the organization’s representative in the country, said that the team was exhausted and that the added stress of a colleague getting sick could increase the risk of mistakes.

Also, Canadian health officials late Tuesday said in a statement that they would evacuate a three-member mobile laboratory team in Sierra Leone after people in their hotel were diagnosed with Ebola.

The outbreak is the largest on record. Doctors took a long time to identify it, it is happening in a region where people are highly mobile, it has spread to densely populated areas, and many people have resisted or hid from treatment. The disease has overwhelmed the already shaky health systems in some of the world’s poorest countries.

Ebola doesn’t spread by mysterious means. We know how it spreads, Frieden said in remarks carried on Liberian TV. So we have the means to stop it from spreading, but it requires tremendous attention to every detail.

Liberian officials have sealed off an entire slum neighborhood in the capital. Sirleaf also has declared a state of emergency and ordered all top government officials to remain in the country or return from any trips.

Late Monday, her office said in a statement that any officials who defied the order had been fired. The statement did not say how many or who had been dismissed.

According to WHO, the Ebola outbreak has killed over half of the more than 2,600 people sickened. The U.N. agency said an unprecedented 240 health care workers have been infected.

The agency attributed the high number of infections among health workers to a shortage of protective gear, improper use of such equipment, and a shortage of staff to treat the tremendous influx of patients.

In the current outbreak, as many as 90,000 protective suits will be needed every month, according to Jorge Castilla, an epidemiologist with the European Union Commission’s Department for Humanitarian Aid. He did not say how many suits were lacking.

The outbreak also desperately needs more workers to trace the people the sick have come into contact with and more centers where patients can be screened for the disease in a way that contains any Ebola infections, Castilla said.

An Ebola outbreak emerged over the weekend in Congo, though experts say it is not related to the West African epidemic. Doctors Without Borders, which is running many of the treatment centers in the West Africa outbreak, said it is sending experts and supplies to Congo but warned that the charity’s resources are stretched thin. 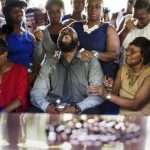 Michael Brown remembered in Missouri with calls for peace, justice 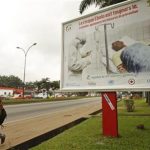 US suspends $13 million in aid to Mali 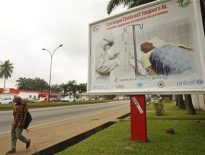 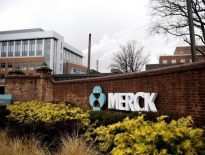