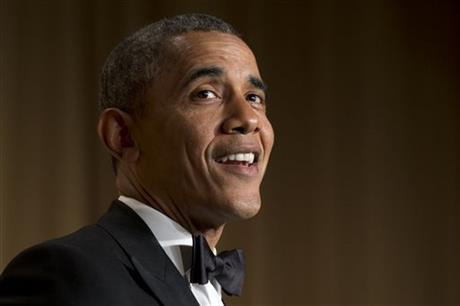 WASHINGTON (AP) — Little was sacred when President Barack Obama tossed out playful but pointed jokes Saturday night — not even his own health care plan.

We rolled out healthcare.gov. That could have gone better, Obama said in remarks at the annual White House Correspondents’ Association dinner. In 2008 my slogan was ‘Yes we can.’ In 2013 my slogan was ‘Control-alt-delete.’

One the plus side, the president said, they did turn the launch of healthcare.gov into one of the year’s biggest movies. On a screen flashed the poster for Frozen.

When a video Obama introduced failed to play properly, he asked, Does anybody know how to fix this? To laughter, Health and Human Services Secretary Kathleen Sebelius stepped up and said: I got this. I see it all the time. In the wake of the problems with the website, Sebelius has announced she is stepping down.

The annual dinner has become a tradition in the nation’s capital, promising a black-tie evening of humor and celebrity gazing. The event once again attracted an array of journalists, government officials, politicians and media personalities as the association raised money for college scholarships. The featured entertainer was comic actor Joel McHale, the star of the NBC series Community.

In his own stand-up routine, Obama didn’t waste any time turning his barbed jokes toward the news media.

MSNBC is here, he said. They’re a little overwhelmed. They’ve never seen an audience this big before.

Noting that he had traveled to Asia recently, Obama said: The lengths we have to go to to get CNN coverage these days. I think they’re still searching for their table.

The president saved his sharpest jabs for another cable news network. The Koch brothers bought a table here tonight, but as usual they used a shadowy right-wing organization as a front. Hello, Fox News!

Related:  Are Ukraine and the U.S. allies or not?
Powered by Inline Related Posts

He added: Let’s face it, Fox. You’ll miss me when I’m gone. It will be harder to convince the American people that Hillary was born in Kenya.

Republicans didn’t escape untouched. Washington seems more dysfunctional than ever, Obama said. Gridlock has gotten so bad in this town you have to wonder: What’d we do to piss off Chris Christie so bad?

Journalists were honored for their coverage of the presidency and national issues:

—Glenn Thrush of Politico and Brianna Keilar of CNN won the Aldo Beckman Award, which recognizes excellence in the coverage of the presidency.

—Megan Twohey of Reuters and a partnership between The Center for Public Integrity’s Chris Hamby and ABC News’ Matthew Mosk and Brian Ross won the Edgar A. Poe Award for coverage of issues of national significance.

The organization also honored the late Harry McAlpin, the first black reporter to attend a presidential news conference, by establishing a scholarship in his name. McAlpin had been denied membership to the WHCA while covering the Roosevelt and Truman administrations because of his race. 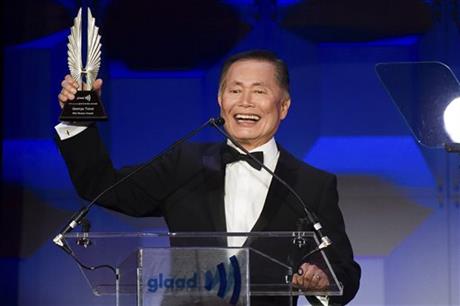 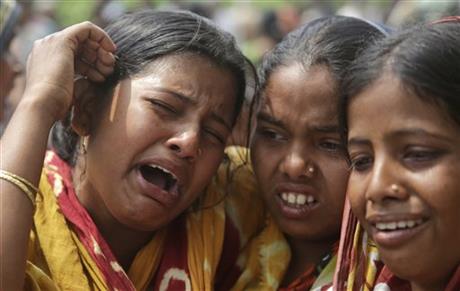