(Reuters) – U.S. health insurers including Humana Inc said on Monday that the government’s proposed cuts to privately run Medicare programs appear to represent a funding decline of around 4 percent, less than the possible cuts of 7 percent or deeper that analysts had been expecting. 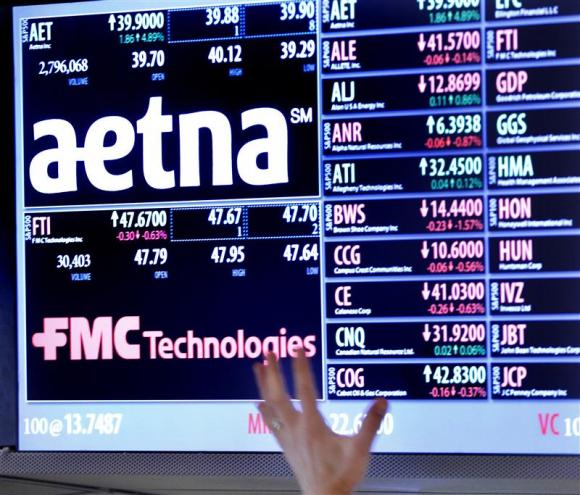 A trader points up at a display on the floor of the New York Stock Exchange August 20, 2012. REUTERS/Brendan McDermid

The U.S. Department of Health and Human Services late on Friday released its proposal for 2015 Medicare Advantage funding. The 148-page document includes details that the companies use to calculate the government funding for the program and to set next year’s premiums.

Analysts and some companies said on Friday their first look indicated that the cuts would be worse than the 7 percent expected by the industry, and would require deeper reductions in benefits for the program’s elderly beneficiaries. Shares of insurers fell in after-hours trading on Friday.

Republican lawmakers said the proposed funding was too low and would hurt the elderly and disabled, adding to the party’s criticism of President Barack Obama’s healthcare reformlaw. The Patient Protection and Affordable Care Act requires some cuts in Medicare funding and also introduces new taxes and fees.

More than 15 million of nearly 50 million Americans eligible for Medicare are enrolled in Medicare Advantage plans, which are managed by private insurers.

Insurer shares were higher on Monday as the view changed to a less-worse outcome, according to CRT Capital’s Sheryl Skolnick. Insurers will likely lobby for less of a cut, but even if they fail to get it, she said, it’s not the disaster people thought it could be.

Related:  The Hidden Extremism Of Trump’s State Of The Union
Powered by Inline Related Posts

Humana said in a regulatory filing on Monday that its analysis showed the proposed funding included cuts of about 3.5 percent to 4 percent. It had told investors earlier this month that it was anticipating a cut of 6 percent to 7 percent.

The company said the funding calculation includes a positive effect of 3.25 percent from an increasing number of younger, healthier baby boomers in the mix of Medicare recipients.

Humana also said that its analysis excluded risk assessments that it planned to protest and which could potentially result in additional significant funding declines. The government is expected to release final Medicare payment rates on April 7.

An executive at another Medicare Advantage provider said on Monday that his company was also interpreting the proposal as a cut of about 4 percent. When the document was released on Friday, the company initially viewed the cut as 8 to 10 percent, but after further analysis over the weekend it found that the proposal actually included an unexpected increase in payments related to the baby boom population. The executive requested anonymity because he was not authorized to discuss the matter.

A spokeswoman for Aetna said her company was still evaluating the rate notice, but that it believed any cuts on top of last year’s 6 percent would disrupt the Medicare Advantage program and be harmful to seniors.

One analyst, Ana Gupte of Leerink Partners, said she believes the proposal represents a proposed cut of up to 7 percent but that industry lobbying will reduce the cut to 3.5 to 4 percent in the final rule. 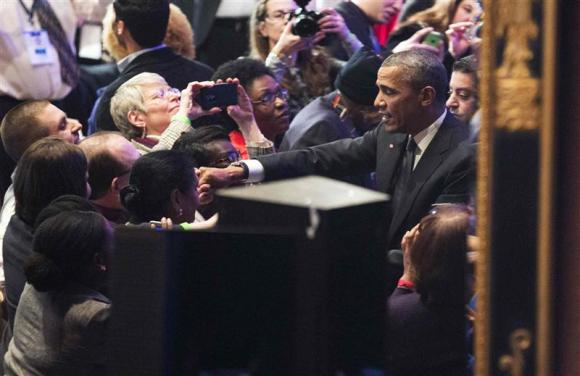 Health Obama: 4 million have signed up for insurance unde… 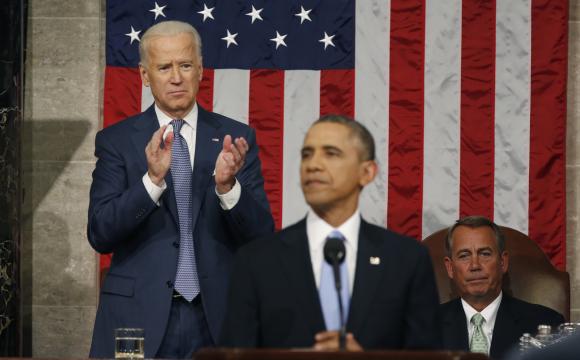 Health Biden: ‘We may not get to 7 million’ b…
Wildcard SSL