By The Associated Press

Your daily look at late-breaking news, upcoming events and the stories that will be talked about today (times EDT):

Today’s Texas primary will likely lift Romney to the 1,144 delegates needed to secure the nomination. He is expected to mark the milestone while campaigning in Colorado and Nevada.

Kofi Annan is trying to salvage a peace plan he brokered more than a month ago. His meeting today with President Bashar Assad follows a massacre last week that killed more than 100 people and sparked international outrage.

An Italian news agency reports eight are dead from a 5.8 magnitude quake that hit early today about 25 miles northwest of Bologna. That is the same region struck May 20 by a 6.0 quake that toppled old buildings and killed seven people.

At 3:25 p.m., the nation’s highest civilian honor will go to more than a dozen honorees, including Madeleine Albright, John Glenn and Bob Dylan.

A Russian-based security firm says a powerful spyware virus has attacked computers in Iran. Comments by Israel’s vice premier are fueling speculation the attack may have come from Israel.

6. CONSUMER CONFIDENCE EXPECTED TO EDGE UP

At 10 a.m., the May numbers will be released, but economists expect the modest increase to be well short of levels that suggest a healthy economy.

Miami police want to know what led to the grisly attack by a naked man who refused to stop chewing on the face of another naked man on a busy highway ramp. An officer fatally shot the suspect.

Denmark’s security service didn’t get into specifics but says the two Danish brothers originally from Somalia were overheard talking about targets and weapons to carry out an attack.

Michelle Obama will be making a round of television appearances today to promote the book on how the famous garden inspired her campaign to encourage healthy eating.

10. LEBRON JAMES SCORES 32 TO LEAD HEAT OVER THE CELTICS

Miami’s 93-79 victory gives the Heat a 1-0 lead in the NBA Eastern Conference finals. 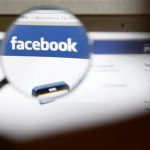 Man suspected of being notorious hacker Guccifer arrested in Romania

Obama going to Ohio to challenge GOP on economy 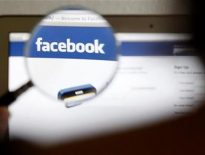