Ghana will commemorate its 58th independence celebration today with parades and social activities across the country.

A national parade of schoolchildren and contingents of security personnel will climax the celebration at the Black Star Square in Accra where President John Dramani Mahama will take the national salute.

Similar parades will be held in all the regional and district capitals, during which representatives of the President will take the salute and read the President’s speech.

This year’s celebration has the theme, “Achieving Transformation through National Unity”.

Due to the celebration, the Motor Traffic and Transport Directorate (MTTD) of the Ghana Police Service has announced the closure of some public roads in Accra.

A statement signed by the Director-General of the MTTD, Deputy Commissioner of Police, DCOP Mr Angwubutoge Awuni, said vehicles with embossed stickers carrying spectators to the Independ­ence Square would be allowed to pass through the var­ious police checkpoints.

It stated that no vehicles would be allowed to park at unauthorised places or drive through these block­ades, noting that security vehicles carrying dignitaries would be allowed after thorough checks, while MTTD officers would be on hand to direct and assist motorists to the appropriate car parks.

The statement said traffic from the 28th Febru­ary Road emanating from Labone, Osu and La, head­ing towards the Central Business District, will be diverted to the Lokko Street at the Castle traffic light to link up with the Oxford Street.

It also said on the High Street, traffic will be divert­ed to the Liberia Road through to the National Theatre and further link up to the Ring Road towards Osu.

The statement, however, advised motorists to take note of the arrangements and plan alternative routes before embarking on their journey, adding that the general motoring public should cooperate with the police to ensure a successful anniversary.

As part of the celebrations, series of activities have been organised for different segments of the society.

Some of the activities are prayers for the nation by the various religions; wreath-laying and flag-raising ceremonies to mark the 28th February Crossroads shooting incident; finals of the senior high school debate and presentation of awards to selected schoolchildren by the President.

The Ghana Armed Forces will host an open day in all its military garrisons on Saturday, March 7, 2015, while the Ghana Broadcasting Corporation (GBC) will host a “What do you know” contest on Sunday, March 8, 2015.

Holidaymakers are also expected to patronise the various entertainment centres, nightclubs and beaches in their respective areas to commemorate the occasion.

On March 6, 1957, Ghana obtained its independence, the first British colony in Africa to do so with Osagyefo Dr Kwame Nkrumah as its first Prime Minister.

On July 1, 1960 it became a republic with Kwame Nkrumah as its first President.

On February 24, 1966, the government of Dr Nkrumah was overthrown by the Ghana Armed Forces and the police and the National Liberation Council (NLC) junta, headed by Lt. General Joseph Arthur Ankrah, was formed to administer the country.

General Ankrah was removed from office in April 1969 and Lt. General Akwasi Amankwa Afrifa became the Chairman of the NLC, which later gave way to a three-man Presidential Commission with General Afrifa as the chairman.

The commission paved the way for a general election in 1969 which brought the Progress Party government, with Dr Kofi Abrefa Busia as Prime Minister and Mr Edward Akufo-Addo as president, into power.

The name NRC was later changed to the Supreme Military Council (SMC) but General Acheampong was replaced by General F.W.K. Akuffo in a palace coup in July 1978.

The SMC was overthrown on June 4, 1979 in a mass revolt of junior officers and men of the Ghana Armed Forces. Following the uprising, an Armed Forces Revolutionary Council (AFRC) was set up under the chairmanship of Flt. Lt. Jerry John Rawlings.

On September 24, 1979 the AFRC handed over power to the civilian administration of Dr Hilla Limann, leader of the People’s National Party (PNP), which had won the elections.

In the wake of the continuing downward plunge of the country, the Limann administration was overthrown on December 31, 1981. 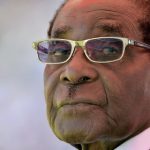 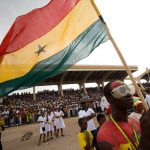 Conservative U.S. Catholics Feel Left Out of the Pope’s Embrace 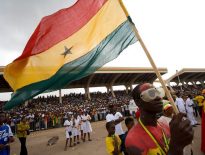 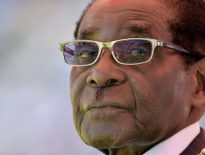