attorneys general gathered last month at a long, white-cloth covered table for an unusual news conference. One by one, as TV

news cameras rolled, they catalogued their many lawsuits against President Barack Obama’s administration. 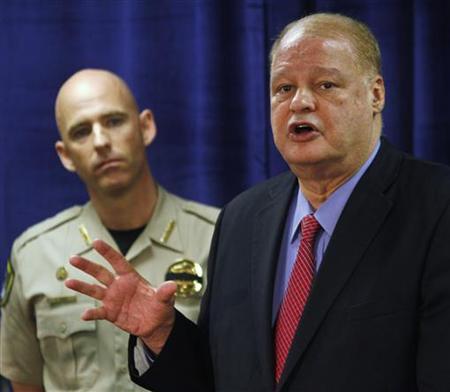 When it came to Arizona Attorney General Tom

Horne’s turn, he said, “We have eight lawsuits.” One of those, defending Arizona’s new law requiring police officers to

check the papers of anyone they suspect is in the U.S. illegally, will be heard by the U.S. Supreme Court on

Like the Supreme Court challenge to the Obama-sponsored healthcare law heard last month, the Arizona case

is part of a larger story about an escalating battle between Republican-led states and the federal government. All but one of

the 16 states that have filed “friend of the court” briefs on the Arizona side have Republican governors. Meanwhile, all of

the 11 states lining up with the Obama administration are led by Democrats.

The ranks of Republican attorneys general

have swelled dramatically in the last decade, resulting in a nearly even nationwide partisan split that is unprecedented in

their own political party, lawyers on both sides say the newer crop of Republicans – particularly the core nine who organized

attorneys general have been in the past.

In the late 1990s, prominent Democrats such as New York’s Eliot Spitzer and

Connecticut’s Richard Blumenthal set much of the agenda for top state prosecutors.

statehouses since the 1990s and, separately, the higher profile that attorneys general have drawn in recent decades through

multistate litigation such as against tobacco companies. The Republicans gained a majority of the governors’ offices in the

be, in addition to the size, an intensified cohesion and collegiality among the (Republican) AGs,” said Texas Attorney

– has mitigated differences that might have been prompted by regionalism, individual ambition, age and length of

“We trust each other,” said Florida Attorney General Pam Bondi, another of the nine and a leader of the

challenge to the Obama healthcare law. “We look out for each other. We are a team.”

Many of them participate in

the calls are focused on strategy and policy yet can involve litigation decisions.

The officials also coordinate their

efforts through the Republican Attorneys General Association, another fundraising group. That organization, started in 1999

out of frustration with environmental and other priorities of the then-overwhelmingly Democratic state attorneys general,

raises money to help elect more Republicans to state office. The timing of that group’s founding was ideal, as Republicans

took the White House in 2000 and made great strides at the polls over the next decade. (Democratic attorneys general formed

litigation.” He questioned how much it might be costing taxpayers.

absorbed through their in-house legal staffs. For the 26-state healthcare challenge, the states hired outside lawyer Paul

On Wednesday, Clement will be representing Arizona in its defense of its immigration law before the

Supreme Court. Clement and his legal team will receive $250,000 for work in preparation on this week’s case, said Matthew

Benson, a spokesman in the Arizona governor’s office.

Among those leading the expanding Republican contingent of

state attorneys general are veterans such as Abbott, elected in 2002, and new figures backed by the conservative Tea Party

movement such as Bondi, who was sworn in last year. Their lawsuits have touched on a myriad of politically charged

In February, seven Republican attorneys general, including Abbott and Bondi, joined Catholic institutions in a

case against the Obama administration and its new contraceptive coverage required by the healthcare overhaul. Separately,

ballot results. Texas and Florida have, in addition, challenged the longstanding federal law that requires places with a

U.S. Department of Justice spokeswoman Tracy Schmaler had no comment on those cases or others.

Although at an early stage, the Republican effort has had some success, notably in getting the healthcare

challenge to the Supreme Court. And in January, Texas was able to obtain a long-shot Supreme Court hearing for its defense of

lower U.S. court had thrown out the state legislature’s map and drawn its own, refusing to use the Republican-controlled

legislature’s plan as a starting point. After the Texas appeal, argued by Clement, the Supreme Court by a 9-0 vote said the

Major Republican challenges related to the environment, including one Virginia joined with industry

groups against regulation of carbon-dioxide emissions, now at the U.S. Court of Appeals for the District of Columbia Circuit,

Texas recently won a lower-profile case against the Environmental Protection Agency. In

a preliminary decision on March 26, the U.S. Court of Appeals for the 5th Circuit said the agency exceeded its authority

under the Clean Air Act when it rejected a state re-permitting process for certain power plants.

that case in answering charges of political motivations. “If this were politics and nothing more,” he said, “we’d be tossed

To be sure, attorneys general, most of whom are elected to four-year terms and whose work mainly

Tom Miller, a Democrat who was first elected in 1978. “But … the vast majority of things that AGs do are on a bipartisan

basis.” In March, 49 state attorneys general (all but Oklahoma’s) joined the U.S. government in a $25 billion settlement

The fact that the partisan split between states’

attorneys general is now nearly even has largely gone unnoticed by the public. But during arguments on the healthcare law,

Supreme Court Justice Antonin Scalia wryly asked Clement, who was representing the state challengers, “Is there any chance

that all 26 states opposing it have Republican governors, and all of the states supporting it have Democratic governors? Is

(Reporting By Joan Biskupic; Editing by 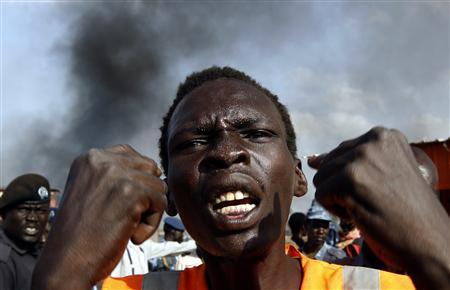 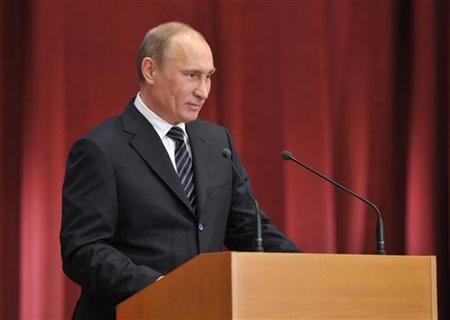