Investment in energy will also help develop industry and create jobs, Dos Santos said in a campaign speech to tens of thousands of supporters of his MPLA party in Angola’s second-largest city, Huambo, ahead of an August 31 general election.

“Increased supply of electricity is a factor of social justice which I consider of great importance, because it is the most needy in society, those who do not have resources to buy a generator, that are most harmed,” he added.

A 27-year civil war that ended a decade ago devastated Angola, destroying most of its infrastructure, including energy plants and networks.

Critics have accused Dos Santos, in power since 1979, of doing too little to fight poverty since winning the war against rebel group UNITA in Africa’s second-largest oil producer.

The MPLA is widely expected to win the election – which will choose lawmakers and president – due to its superior resources. It has pledged to turn its attention to reducing poverty, which it says affected 39 percent of Angolans in 2009.

Despite substantial investments in the sector since the end of the conflict, electricity service in unreliable throughout Angola. Consumers and businesses are forced to buy expensive generators because of long and regular outages.

The president fired the energy minister in December, blaming her for the sector’s poor performance. Analysts say 30 percent of the population of around 18 million has access to electricity.

Earlier on Wednesday, Dos Santos inaugurated the 60-megawatt Gove dam in the Huambo province, one of the most affected by the war. He said the $279 million project was “a victory for Angolans”.

Construction work for the dam started in 1969 but stopped when Angola’s liberation movements began a war after obtaining independence from Portugal in 1975. It was partially destroyed in 1990 and rebuilding works started in 2001.

Dos Santos said the investment was part of a plan to ramp up electricity generation capacity to 5,000 megawatts by 2016 from 1,200 megawatts and to link Angola’s fragmented power grid.

“We need over $17 billion for the plan and that money will come from the national budget and from loans to be taken out by the state,” he added. Miley Cyrus In Need Of An Intervention? 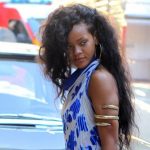 Backstreet Boys get Hollywood star ahead of world tour 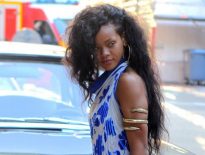 Celebrity Miley Cyrus In Need Of An Intervention?