LUANDA (Reuters) – Angola swore in an elected president for the first time in its history on Wednesday, with long-serving leader Jose Eduardo dos Santos taking the oath for a fresh five-year mandate on top of his 33 years at the helm of Africa’s No. 2 oil producer.

Dos Santos has been in power since 1979 and is Africa’s second-longest serving leader after Equatorial Guinea’s President Teodoro Obiang Nguema Mbasogo. Until his MPLA party comfortably won an election last month, he had never been elected directly into office.

Angola’s violent past – the country emerged from a 27-year civil war a decade ago – meant that the August 31 election, which the MPLA won with 72 percent of the vote, was only the third ballot since independence from Portugal in 1975.

A presidential election in 1992 was aborted mid-way and a 2008 vote only elected lawmakers. Dos Santos introduced a new constitution in 2010 which stipulated that the leader of the winning party in a general election becomes president.

“The fact that only today we hold a formal inauguration ceremony means that this time all the previous possible doubts have been clarified,” Dos Santos said after taking the oath.

The setting of the ceremony – under a soaring rocket-shaped monument in honour of the southern African country’s first president Agostinho Neto, whose death from illness opened the way for Dos Santos to reach power – remembered Angola’s past.

But Dos Santos’ speech was mostly about the future.

“In this new mandate, the government’s first priority is to maintain political stability by promoting, defending and consolidating peace,” the president said.

Silver-haired Dos Santos, 70, campaigned on a platform that presented him as the best guarantor of peace since the Soviet and Cuban-backed MPLA won the civil war against UNITA rebels supported by the United States and apartheid South Africa.

He has also taken credit for overseeing rapid economic growth and infrastructure reconstruction, backed by an oil boom.

But the election campaign also revealed a popular clamour for better distribution of national riches, with many Angolans calling for improved access to jobs, education, and services.

The MPLA says it has cut poverty levels from 68 percent of the population in 2002 to around 39 percent in 2009, but admitted in the campaign that it needs to do more.

Dos Santos said the government would “dedicate more resources to improve social conditions for people, families, especially those that have little or almost nothing for survival”.

“This will not only require good policies but also perseverance, staying power and follow through. Functioning and efficient government systems will be the key for sustainability and achieving results,” said Markus Weimer, an analyst at London-based think-tank Chatham House.

Dos Santos’ critics say his party has excessive control over public administration and uses it mainly to retain power.

Opposition party UNITA, which came a distant second in the election with 19 percent of the vote, and two smaller parties filed complaints with the national elections body and Angola’s top court, but had their appeals thrown out.

The three parties have said, however, they will take their seats when the new parliament begins work on Thursday.

A newcomer to the parliament will be Manuel Vicente, the former CEO of state oil company Sonangol and whose swearing-in as vice-president on Wednesday is widely seen by analysts as a step towards a managed succession plan by Dos Santos.

Though respected for his leadership at Sonangol, some analysts say Vicente has yet to persuade senior MPLA figures and ordinary Angolans he is the best choice to succeed Dos Santos.

“He will have to convince party members and the population that he is a ‘man of the people’ who can achieve results and has the status, ability and leadership qualities to eventually take over leadership of the country,” Chatham House’s Weimer said. 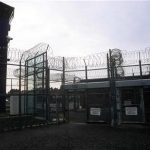 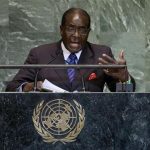 Mugabe says Gaddafi’s death as tragic as US envoy’s 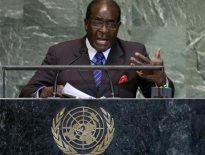 Africa Mugabe says Gaddafi’s death as tragic as US … 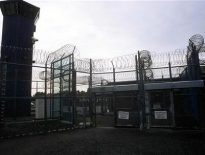