Vice President Joe Biden gave a nod to the same-sex marriage movement Sunday morning by saying publicly that he is comfortable with the idea of “men marrying men” and “women marrying women.” 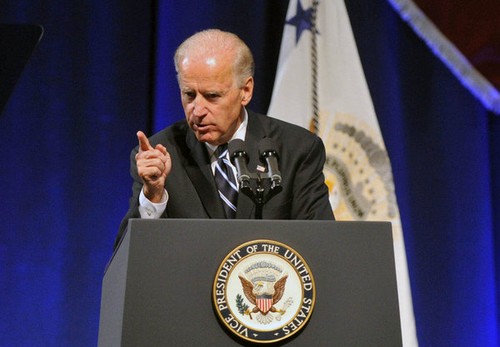 In an interview on “Meet the Press,” Biden declined to rule out the possibility that, in a second Obama term, the White House might move from its current position of supporting civil unions to fully backing same-sex marriage.

In the strictest reading of the transcript, Biden didn’t advance the administration’s position on the issue. The president has said for months that his thoughts on gay marriage are “evolving” and hasn’t ruled out that he might one day support it.

But Biden’s choice of words, and his expression of personal empathy for same-sex couples, suggests it is at least a subject of discussion at the White House.

Listeners attuned to a signal may have heard one, while the White House can easily deny that they sent any message at all. Senior administration officials said Sunday afternoon that there has been no change to the official position and that Biden only said what the president has said before.

Gay rights groups can still seize on the words and use them to rally support for the president’s reelection effort, which explicitly notes Obama’s record on gay rights as it shifts into full campaign mode this weekend.

“We’re not returning to the days when you could be kicked out of the United States military just because of who you are or who you love,” Obama said Saturday.

Biden elaborated further Sunday morning when Gregory asked if Biden’s own views have evolved on the subject.

“Look, I just think that the good news is that as more and more Americans come to understand what this is all about, it’s a simple proposition: Who do you love? Who do you love? And will you be loyal to the person you love?” Biden said. “And that’s what people are finding out, is what all marriages at their root are about, whether they’re marriages of lesbians or gay men or heterosexuals.”

“That’s what I believe,” Biden said after pointing out that it is the president who will decide administration policy on the matter.

Gay rights activists said they liked what Biden had to say, though they are curious how far Obama himself is willing to move, and when.

“We are encouraged by Vice President Biden’s comments, who rightly articulated that loving and committed gay and lesbian couples should be treated equally,” said Joe Solmonese, president of the Human Rights Campaign. “Now is the time for President Obama to speak out for full marriage equality for same-sex couples.”

Biden didn’t say that he is pushing to support gay marriage in a second Obama term, but he didn’t rule it out, either.

Asked if it were a possibility, Biden stammered and then said, “I don’t know the answer to that.” 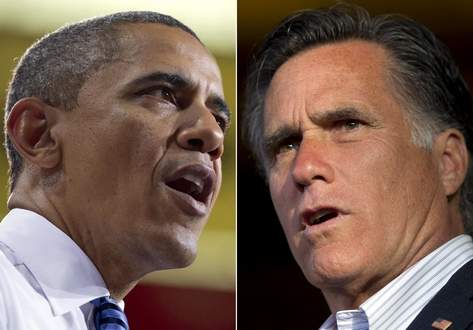 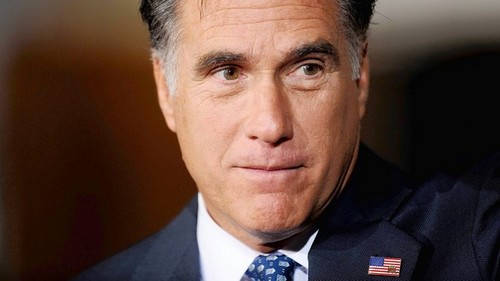